How nice it would be if you could switch seamlessly from using 3G or 4G to a public Wi-Fi network that is faster and possibly cheaper, when you want to stream a video on the go.

That’s the idea that the Singapore government seems to be driving at, according to the Minister for Communications and Information, Yaacob Ibrahim.

He told Parliament on Monday that Singapore could be among the first to deploy a HetNet, or heterogeneous network, to enable users to automatically pick out the best network to view content on their mobile devices.

The concept is not new, and technically, it’s not as difficult as it seems. Telecom operators have already been trying to offload some of the data traffic bloating up their cellphone networks to Wi-Fi networks (see an expert’s view on this).

However, it’s the business case that needs to be made. How would a telco charge for this seamless switching, for starters? Users would certainly not welcome a complicated, messy bill, like the ones they get when they “roam” overseas with their phones.

Would telcos offer this seamless switching as a value-added service, or just be thankful that they are able to ease off the overcrowded mobile networks without the user being any wiser?

These are basic business decisions to be made, and there aren’t many previous examples to follow.

In recent years, Singapore telcos have rolled out small mobile cells, which use the fixed line connection in an office or home to take some of the load off the airwaves, but even then, the charging models vary and the technology is not commonly taken up, despite its promise.

If a real HetNet is to work seamlessly nationwide, it should run across the networks of all major telcos. That means a user is allowed to hop onto a rival telco’s network, much like how international roaming works.

This, however, brings a set of other questions. For example, why would SingTel, the largest player here, help out M1, if the smaller operator suffers an outage, like the recent ones it has subjected its users to?

In the telecom world, rivals do cooperate, sure. But wouldn’t it work better for SingTel to see its rival stew in misery, while encouraging users to rush over to its own network, which it has invested heavily to improve?

After all, what’s the incentive for any telco to invest in sophisticated infrastructure if you can “share” what others have built for themselves in the past?

To answer those questions, and make a truly nationwide HetNet work, the government regulator would have to set out a whole new set of rules. Again, this is not inconceivable, but there is still a lot of work to be done before a seamless network vision becomes reality.

Finally, let’s not forget one common bugbear of many users here – Wireless@SG. The nationwide Wi-Fi network, run by several operators today, will have to be more reliable if it were to be handed traffic from cellphone networks.

Right now, problems with the service are usually tolerated by users because it’s free. What if paying customers get passed on from a 3G or 4G network to the free Wi-Fi service and it drops them while they are watching YouTube videos? They won’t be so forgiving.

That’s not to mention that Wireless@SG still requires people to register and sign on, ostensibly for some form of assurance against users abusing the Internet link for terror or criminal purposes. That won’t make things seamless at all. 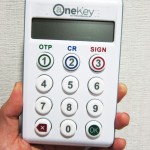 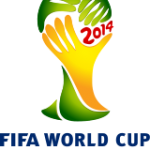