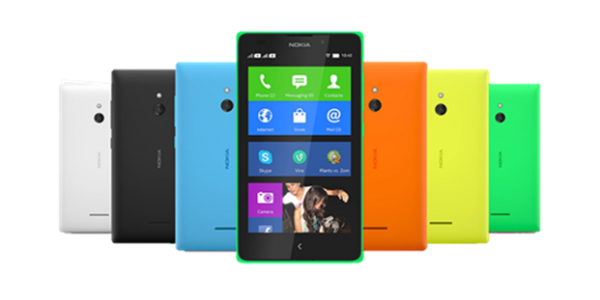 Users looking for a device that offers the simplicity of a Windows Phone interface and still access popular Android apps can look forward to the Nokia XL in Singapore on June 13 at a rather attractive S$239.

As the flagship in the Nokia X family of affordable smartphones, the strength of Nokia XL lies in its software.

Running what is essentially a modified version of regular Android, the Nokia XL allows its users to use many of the 1.2 million Android apps available in the market today.

You might have to be a little adventurous though. The Nokia XL gives access to Nokia’s own curated store, which has its own Android apps. However, you may still download your own apps (in their APK files) and install them manually.

The launch here in Singapore represents another salvo in Microsoft Mobile Oy’s attempt to capture market share, allowing users to experience and get used to the Windows Phone interface by dangling the accessibility of Android apps as a sweetener.

The Nokia XL features two screens. The first is the Home Screen, a customisable grid of shortcuts and bite-sized informative tiles we are accustomed to seeing on Windows Phone 8 devices like the Nokia Lumia 1520.

The other, known as Fastlane, presents data aggregated from e-mail inboxes and social media networks in a single feed, much like HTC’s BlinkFeed and Samsung’s My Magazine.

Staying true to the affordability the Nokia X series is known for, the hardware in the Nokia XL is clearly utilitarian.

Packing a 5-inch display with a resolution of 800 x 480, the sharpness of the screen is nowhere near the 1,280 x 720 you get on the Xiaomi Redmi. But at least Nokia has joined its competitors in enlarging the screens of their budget offerings so users can better surf the web and watch videos on them.

The Nokia XL also has a 5MP camera at the back and a 2MP in the front, more or less standard fare at this price point.

It will come in bright green, orange, black and white, probably to cater to those with a taste for candybar colours.

Microsoft is also throwing in a boatload of freebies like a month of free Skype calls to landlines, at least 7GB of online storage on Microsoft OneDrive and ad-free music streaming via MixRadio.

The phone will be on sale exclusively on handphoneshop.com/NokiaXL starting June 13 at 12 noon. Registration of Interest will start June 6 on the same site, with registrants receiving a code that gives the first 100 customers purchasing the phone on launch day a 50 per cent discount.

Retail availability will follow islandwide and at all Nokia stores and Nokia solution partners from June 28.

While its hybrid concept may appeal to those who prefer the simpler grid homescreen the Windows Phone series is known for, it remains to be seen if that is a strong enough selling point.

Other than the Xiaomi Redmi, the Moto G has a smaller (4.5 inch) but sharper (1280×720) screen and is available locally for about the same price.

In the face of such alternatives, buyers may choose the phone only if they wish to take advantage of the tile-based homescreen or if any of the bundled freebies appeal to them.

By signing up, you agree to our Terms of Use and acknowledge the data practices in our Privacy Policy. You may unsubscribe at any time.
Desmond Koh June 6, 2014
Share this Article
Facebook Twitter Whatsapp Whatsapp LinkedIn Copy Link Print
Share
Previous Article Commentary: SingPass security issues highlight need for two-factor authentication
Next Article Explore the stadiums and painted streets of World Cup 2014 with Google Maps
Leave a comment