Kickstarter has officially made its debut in Asia by opening up its doors to Singapore and Hong Kong. Announced yesterday, this move would make it easier for local designers, innovators and creators to launch projects and raise funds.

Previously, they had to go through the hassle of registering through an overseas address – typically in the United States or Europe – and creating an overseas bank account. Payments were also collected in the corresponding country’s currency.

Now, creators can launch their projects directly from Singapore or Hong Kong, and raise money in the local currency. By reducing the barriers to putting up putting a project up on Kickstarter, the crowdfunding site is encouraging more creative projects to emerge.

Previously, it had paved the way for big name products such as Oculus Rift and Pebble smartwatches.

There have also been successful Kickstarter projects that originated from Singapore previously. ARCHT One, an omnidirectional wireless audio speaker, was made by Singaporeans. It managed to raise over US$200,000, eclipsing its initial goal of US$70,000.

Other Singaporean success stories include SmartEgg, a universal remote, and Aki, a minimalist bitfold wallet.

The launch of Kickstarter over here presents a great opportunity for innovators looking to make their stamp on the world. Thus far, 109 projects listed on the website originate from Singapore.

According to Kickstarter, people in Hong Kong and Singapore have pledged over 300,000 times to more than 40,000 projects. Evidently, the crowdfunding concept is quite well received over here.

There is hope that the launch of Kickstarter in Singapore and Hong Kong will kickstart (pardon the pun) the enthusiasm of local innovators. If Singapore is to keep up with the fast moving global economy, it needs to foster a spirit of innovation and entrepreneurship amongst the citizens.

Previous successful Singapore Kickstarter stories prove that local creators can put forward a product that command a global interest. Innovation is not something that is exclusive to any particular country.

Nor it is something that the younger generation do not possess. In fact, Kickstarter has highlighted the Grow It Yourself Stick, a gardening tool that makes any pot self-watering, which is made by 13-year-old Dylan Soh and his father. The project has currently received over S$10,000, with a target of S$20,000.

There have been other crowdfunding platforms in Singapore, for example, one started by StarHub in 2014 to foster innovation in the country.

Hopefully the availability of Kickstarter now give added boost to Singaporean products seeking to shake up global markets in the future. 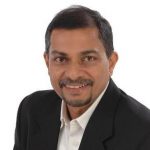 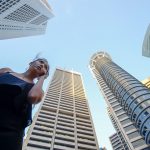