An estimated one in five computers in Singapore encountered malicious software online between April and June last year, according to a regular study of cyber security threats released by Microsoft yesterday.

Singapore’s malware encounter rate came in at 19.4 per cent for the quarter, two percentage points lower than the global average and similar to markets with high IT maturity in the Asia-Pacific region, such as Australia, Hong Kong, Japan and South Korea.

These numbers stand in stark contrast to the 45 per cent experienced by nations such as Vietnam and Indonesia, a sobering reminder of the diverse cyber security landscape in the region.

“It generally takes up to 200 days for organisations to find out that they have been breached. (Companies need to invest in) “Protect-Detect-Respond” capabilities, (and) adopt trusted cloud-based services to enjoy the highest levels of data protection,” said Keshav Dhakad, regional director for the Digital Crimes Unit at Microsoft Asia.

The most commonly encountered malicious software categories in Singapore include:

• Trojans, which users pick up by a running a malicious executable file disguised as a legitimate piece of software, or from visiting a malicious site

• Worms, which exploits vulnerabilities in a computer network to copy themselves to other computers within a network chain

• Downloaders and droppers that installs malicious files onto a computer. The files may be included in its own executable, or downloaded from a remote server

• Ensure strong fundamentals: Use only genuine, current and updated software. IT assets which are old, unprotected, or are non-genuine substantially increase the chances for a cyber attack. For example, pirated and counterfeit software are known to come with embedded malware infections.

• Focus on cyber hygiene: Poor cyber hygiene of IT users, negligent employee behaviour or weak credentials/password protection within an organisation, adds a high degree of vulnerability for system compromise. With more and more personal devices being used at the workplace, the higher the chance they are infected.

• Regular assessment, review and audit: Be comprehensive on all aspects of cybersecurity, not just technology. Have a IT trusted supply chain across cloud, software, hardware, Internet of Things, BYOD (bring your own device) and regularly review and assess cybersecurity investments and performance of both software and hardware deployment, including customer and vendor access to the corporate network. 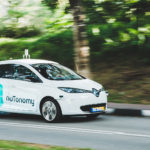