Dr Prateek Saxena is a researcher with a huge difference: he has business sense.

In just five years, NUS Computing the assistant professor at National University of Singapore (NUS) and his team of students, past and present, have spun off six start-ups built upon their deep technology research that sought to solve large scale computing issues in fields like blockchain and cryptocurrencies.

The start-ups, which Asst Prof Saxena either co-founded or has a role as scientific advisor, have collectively raised about US$50 million in the last five years for product and market development. Their combined net worth is respectable US$130 million.

The start-ups are Dexecure, which optimises website performance; Zilliqa, a next generation high-throughput blockchain platform; KyberNetwork, which allows for the exchange and conversion of digital assets; TrueBit, a scalable verification solution for blockchains; SmartPool, which is in the mining of cryptocurrencies; and Anquan, a distributed ledger platform for financial markets.

All have rock-solid technology credentials with researcher founders who are studying the field and building new knowledge, and all are based on new emerging technologies.

For instance, Zilliqa was founded by its CEO and NUS Computing graduate Dr Dong Xinshu after he and a team of researchers produced a research paper in 2015, just two years after the field of blockchain technology began. Recently in October, Zilliqa announced a breakthrough transaction rate of almost 1,400 transactions per second.

Asst Prof Saxena’s message to his students has always been that research must be to add to the body of knowledge in computer science, not merely for self-improvement.

This power house team of young researchers and entrepreneurs did not emerge by mere chance. Asst Prof shared that students ranging from second-year undergraduates to postgraduates often do a “cold call” via e-mail.

Without fail, he reads his email every evening, looking out for the special spark that denotes passion. He engages a few, giving them exercises to solve, each one more difficult than the last. Every year, he picks about 50 students, interns and post-doctoral researchers.

“Those who survive this process are the sharp, self-motivated ones who want to contribute to the body of knowledge in computer science. In most cases, they do create something that is a substantial technology body of work,” he explained.

These students undertake 12 to 18 months of research under his tutelage, working on research projects for their final-year undergraduate theses or postgraduate degrees. A good fraction of these students convert to doctoral program at NUS or at an overseas university, he added.

The spin-off occurs when Asst Prof Saxena recognises market potential. He encourages the researchers to become entrepreneurs, advising them on technical and market strategy, linking them up with investors and relevant businesses, as well as ensuring they have the relevant staff.

Loi Luu, the founder of KyberNetwork and a PhD candidate at NUS Computing, was inspired by Asst Prof Saxena because he “leads and advises by example in both work, life and everything else”.

“He works harder than all of his students, is always self-motivated to learn new things. Prateek also gives instant advice anytime we need, regardless of how busy he is,” shared Mr Loi.

Mr Loi appreciates how Asst Prof Saxena encourages his students to follow their own research preference with his close guidance. “If it were not because of him, I would not have started working on cryptocurrency and founded KyberNetwork,” he said.

KyberNetwork made headlines in September when it raised US$52 million worth of ether tokens at its Initial Coin Offering token sale.

To Dr Saxena, “spin-offs are the applied outcomes to research that solves big computing problems”. Without deep research, spin-offs are not possible, he stressed.

Asst Prof Saxena’s speciality in cybersecurity has won him awards and his work has influenced the software design of giants like Google, Facebook and Microsoft.

Dr Juzar Motiwalla, a former faculty member of NUS Computing, was absorbed by Dr Saxena’s description of his PhD work in cybersecurity when they first met, and sensed his academic and developmental strength.

Last year, he teamed up with Asst Prof Saxena to start Anquan together with another venture capitalist, Mr Max Kantelia.

Asst Prof Saxena is a brilliant scientist, he said, imbued with “a strong systems perspective, a requisite for commercial systems development”. Dr Motiwalla added, “He is equally at home talking to top business executives and technology heads.”

In April this year, Asst Prof Saxena received the NUS Young Researcher Award, in recognition of his work that advanced both the theoretical foundations and practical techniques used in computer security, bridging the formal science and practised art in this field.

He was also named one of the 10 Asia finalists in the MIT Technology Review’s “Innovators under 35” list in 2017. His research work regularly features in top publications in computer security.

Asst Prof Saxena continues to keep tabs with the start-ups he helped launched, ensuring that they have well-balanced teams of technical and marketing expertise to grow bigger.

His next area of research interest is deep learning. He is going back to basics, spending the next two years in a deep dive to learn everything he can in this field. Given his track record, it would not be surprising if a new deep learning start-up may be in the horizon. 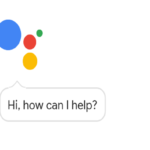 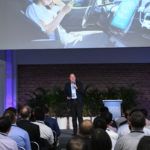 Blockchain can be a game changer for telcos: McKinsey
Leave a comment