Activity from a piece of malware called Emotet has more than tripled in Singapore in the past year, posing a cybersecurity threat to organisations in the country, according to cybersecurity firm Ensign InfoSecurity.

Emotet activity, which may include connections to hackers’ command and control networks, has been detected in one in two organisations in Singapore that it has scanned, Ensign said today.

In a briefing to reporters at its Singapore headquarters launch today, it revealed that the threat was smart enough to morph itself once downloaded onto a victim’s machine.

The malicious software usually goes on to infect other systems and attempts to download more malware, before often stealing sensitive information or even locking up computers to seek a ransom for unfreezing them.

The discovery of this emerging threat is an example of the Singapore focus that Ensign offers through its data analytics engine that looks at various factors such as network traffic and endpoints to discover a threat, he pointed out.

The company was set up last year through a merger of Quann, which was owned Temasek, and Accel Systems & Technologies, which was majority-owned by telecom operator StarHub.

The new entity now hires 500 staff based in the Singapore, Malaysia and Hong Kong, who offer a range of services that include consultancy, threat hunting and malware research. An office is opening South Korea in 2020.

Ensign has been seen as Singapore’s attempt to get into the expanding cybersecurity market, which has grown as new threats have emerged in the past five years.

Local government agencies as well as some private entities are expected to be on its list of top-tier customers.

Asked if being linked to Temasek, the Singapore state investor, might make it tough to seek business with foreign governments, Bok acknowledged that some governments might seek their own technologies in an increasingly Balkanised world.

However, he added that Ensign’s capabilities are still valued overseas by customers seeking its deep expertise in the field. 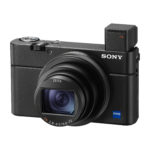 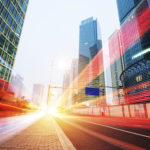 Going on the cloud? Think SD-WAN
Leave a comment