Honor has just pulled a new phone out of the hat just before the end of the year. Designed for budget-conscious youths, the affordable S$329 Honor 9X Android smartphone from the sub-brand of Huawei does not come across as low-budget at all.

Sporting a special X design for its glass-clad back, it resembles the more upmarket Huawei P30 series, no thanks to the camera module taking up the same spot at the back of the phone.

Flip to the front and you have the 6.59-inch Full HD screen that comes without a notch. The only downside is the use of LCD instead of the superior AMOLED technology but the screen remains bright and sharp for indoor use. The 196g smartphone is weighty too so it feels good in your hand.

To avoid an ugly notch at the front, Honor has come up with a pop-up front-facing camera module for selfies and wefies. It has a camera with a 16-megapixel sensor and a f2.2 lens.

To protect itself, the pop-up camera module will automatically retract once the smartphone detects that the phone is dropped. It also has some form of dust and splash protection to prevent elements from entering the phone.

The main camera at the back now has a 48-megapixel, half-inch main sensor and an ultrawide-angle f2.4 lens with a 8-megapixel sensor. A 2-megapixel depth sensor helps with bokeh effects in Portrait mode.

How do the images look? With a bit of computational photography techniques applied to images taken on a fairly large sensor, things look promising. A quick test at the Singapore launch earlier this week with indoor shots suggests the Honor 9X has a capable camera in the right hands. More tests are definitely needed.

However, I am a bit disappointed that the Honor 9X cannot shoot 4K video. The maximum resolution the phone can support is 1080P at 60 frames per second, which in fairness, should be good enough for Instagram and Facebook sharing.

It also comes with its own digital AI video stabilisation but that would require a video recording at only 720P. A gimbal is definitely needed if this smartphone is to be used for vlogging or taking short video clips at higher resolution.

Under the hood, the Honor 9X is powered by the HiSilicon Kirin 710F chipset that Honor has matched with 6GB of RAM and 128GB of onboard storage, expandable via the MicroSD card slot.

That’s probably more than enough for most uses. However, if I’m relying on the expandable storage, I do expect a bit of holdup if I am editing images and video clips at their respective maximum resolutions.

Out in Singapore now, the new Honor 9X comes in the striking Sapphire Blue and the less eye-catching Midnight Black.

The 4,000mAh battery should ensure the smartphone at least lasts a day of moderate usage. Good news is, like most budget phones, the 3.5mm headphone jack is available for those not ready to buy a wireless Bluetooth headset. 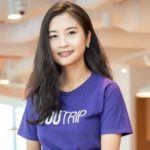 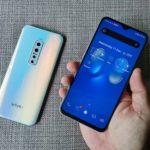 Battle of the budget phones: Realme XT versus Vivo 17 Pro
Leave a comment