When word filtered out earlier this year that top-tier Android phone makers like LG and Huawei were going for the controversial iPhone “notch”, you’d have thought it was a passing fad.

Unfortunately, as more flagship models got released in recent months, it was clear this design that was disliked by a large portion of iPhone users was going to be more common than not on Android phones.

Without getting into a debate about which platform is better, it’s clear that Apple has taken ideas from Android phones before (OLED screens, of late) and Android from Apple as well (the touchscreen interface, to begin with).

What is different this time is that Android phone makers seem to have copied the notch without being even sure that users would embrace the feature. Why else would they offer an option to “disable” it by blacking out the surrounding screen?

Apple had the notch because it was one way to show as much of a screen as possible, with the notch holding the front camera for selfies and video calls. Even it had problems convincing its own users about it.

Another Apple “feature” is the missing headphone jack. On the iPhone X, you would need a dongle to connect to the phone or use Bluetooth to hook up a pair of headphones.

Again, it’s a divisive move. It adds inconvenience – what if you want to charge the phone and listen to your headphones using the same port? And it only does away with a rather insignificant design issue. Is the headphone jack so big that it has to be removed?

That argument is for another day. What is unfortunate is that other Android phone makers have also caught the “courage” – how Apple described its decision to junk the headphone jack – by doing away with it for no apparent reason other than to follow trends.

The latest flagships from Huawei, Sony and Google all come without the headphone jack. In the case of Sony’s Xperia XZ2, which is pitched as a phone for audiophiles, the lack of a headphone jack is even more perplexing.

Then there’s the notch. You’d understand if at first smaller phone makers such as Vivo from China came up with models with the notch. Then came Huawei and LG, and we hear, soon Google as well, with the next Pixel phone.

It’s strange that Huawei, now challenging Apple to be the number two phone maker, has had to offer a clone of a feature in its new P20 Pro phone.

By all accounts, its design with its smooth finish is among the most attractive. The camera, thanks to a partnership with Leica, is indisputably one of the best out too. Yet, Huawei has deemed it necessary to replicate a controversial feature from the iPhone.

Perhaps only Samsung, once said to copy early iPhone features, has stuck to its guns by keeping to its unique curved-screen design and kept the headphone jack intact.

In a way, it’s understandable why many Android phone makers have gone down their recent route. Many prefer the tried and tested rather than attempt something different.

Yes, some have tried in the past but they have not stuck to their design teams with enough patience. LG, for example, came up with a delightful curved screen in the G Flex back in 2013, then the G4 later on. In the G5, it went with a useful, modular approach, which did not take off, unfortunately.

Lenovo improved on that concept greatly with its Moto phones in 2016. They let you simply snap on a range of gear, from camera add-ons to a mobile projector, to turn a phone into a practical Swiss army knife.

Sadly, these designs needed time to take hold. They also required the marketing dollars to back them. Neither LG nor Lenovo, or indeed many of the other Android phone makers, had the same deep pockets as Samsung.

Perhaps that is why you may be hearing laments about a lack of choice when it comes to Android flagships today. Yes, there are more phone makers today, but many have taken a safer route instead of looking for the next breakthrough.

The bets are big, it’s true. Yet, in the long term, playing it safe or simply following the leader may not be all that smart.

As designs become more common today – mid-range phones now sport the same mirror-like premium finish on flagships – phone makers will need to differentiate even more with what they stand for.

LG may want to stick with its audio focus, since it has won over users with its high-quality music playback in recent years. Thankfully, its latest G7 still has a headphone jack.

Sony, which has a rich heritage in music and is now a leader in digital photography, should stick with its multimedia expertise. The high-res slow-mo feature in its Xperia XZ2 is cool, but it should also retain the headphone jack to sell the phone as a great audiophile companion.

For Huawei, clearly, the photography prowess of its phones has won over new users. It should bank on that by keeping its lead over most of its rivals.

The last thing each of these phone makers should worry about is the notch. By winning their arguments in the areas they are strong in, they stand a better chance of building a loyal and lasting following in a tough market. 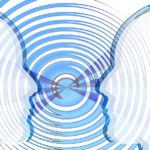 More echo chambers as people move away from Facebook for news?
Next Article 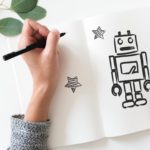 Robots and AI to the fore
Leave a comment