When Huawei first said that it was using Leica camera technology in its smartphones in 2016, there were many who doubted the partnership.

What’s a Chinese company that had often been accused in the West for its alleged ties to the government and whose phones mimicked the iPhone doing with a venerable German innovator that is much-loved in the photography world?

Well, two years on, there isn’t any more doubt about the quality of Huawei phones that use Leica’s know-how in optics and image quality.

The phones that have come since – the Mate 9 and 10, and the P10 and now the latest P20 – are clearly the best in the business of smartphone photography.

As I saw last week during a media visit to the Leica headquarters in Wetzlar, Germany, this partnership was not just a branding exercise. Huawei wasn’t simply slapping on the Leica brand.

The work that Leica put into the P20 is testament to that. Instead of the wide and ultra-wide lenses on rival smartphones, the folks at Leica went with a 3x zoom camera module, after consulting users.

This was on top of the already impressive monochrome and colour camera modules already on earlier Huawei phones. So, the P20 has three sensors – a first for a smartphone.

“The people who have taken pictures with the smartphones, they also aim for having a kind of an optical zoom so they want to be closer to the object,” said Marius Eschweiler, Leica’s global director for business development.

Another decision that Leica made when it came to improving the camera prowess on the new P20 was the main sensor to capture the colours in an image.

Dr Florian Weiler, project manager of optical design, told reporters that the 40-megapixel sensor not only provides good image quality at the wide angle of 27mm (full-frame equivalent) but also allows up to 3x magnification without any degradation. This, he added, is thanks to the amount of data provided by the sensor.

Still, despite the technology it provides, Leica is also known for its attention to detail and insistence on quality. Its cameras are not cheap, but you can count on their quality.

Some Leica employees have more than a decade of experience in hand-assembling camera lenses – one has been doing it for 30 years, we are told. There are quality tests done at every conceivable step of the production, with very little deviation allowed for the completed product.

Interestingly, people and not just technology have an important part to play in producing Leica’s famed image quality. For the new Huawei phones, a panel of experts provide subjective views to tweak the settings further, before they are used by the phone’s camera system.

The new phones have a Leica characteristics or “look” that comes with a certain signal-to-noise ratio, colour reproduction and dynamic range, according to Leica executives.

It helps that the German company has had a big part to play in making cameras as we know today. Back in 1913, the first 35mm compact camera was created by engineer Oskar Barnack at Leitz Camera. Leica, an anagram of that, was the name given to that breakthrough camera.

In many ways, Leica engineers today see themselves as innovators on another compact format – the smartphone. After all, this is the main camera of choice today for users.

In the P20 launched just last week, we got the first large 1/1.7-inch sensor in a smartphone, which brought huge improvements in image quality. Not to mention the artificial intelligence (AI) that is playing a bigger role now.

“There are no images, no example photos, which reside in the new (AI) processing unit,” said Peter Gauden, a global senior product marketing manager at Huawei.

He added the images are looked at by a “mathematical equation”, which helps the phone understand what that image actually is.

It then applies the settings for an “aesthetically pleasing” version of a beach scene or a portrait or a picture of the cat, he explained.

With more people using smartphones as their main camera, the improvements to the processor will only make the smartphone camera smarter. For example, it will not only recognise the subject as a dog, but the exact breed as well.

With the next Huawei Mate smartphone being planned for the second half of the year, the Leica folks are not resting after the latest breakthrough. Its camera performance is expected to improve on the just-launched P20.

Leica and Huawei now have more teams working in the areas of R&D and innovation than before, according to both companies’ representatives. Yet, there is a finite space on a phone.

Huawei has to provide a phone concept and a place on the phone for Leica engineers to work with. Engineers from both sides then come together to fit that camera into the slim body of a phone. On the P20 Pro, that includes placing no fewer than three lenses for the main rear camera.

Said Leica’s Dr Weiler: “The biggest challenge is to convince Huawei to give us more space!” 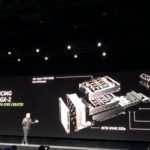 Buy GPUs to save money, says Nvidia, as it brings out AI-focused products
Next Article 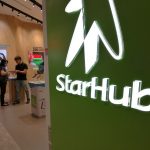