Brought to you by BroadcastAsia

The broadcast industry has been facing disruption and seeking to transform in the past decade, especially with the arrival of over-the-top services that have upended the way content is delivered and consumed.

Increasingly, technologies such as artificial intelligence (AI) have come into the equation, allowing broadcasters to better create, manage and deliver their content while more closely connecting with audiences.

Live streaming broadcasts now can be edited on the fly with AI and image recognition that require no human intervention, for example.

A person who comes into frame may be instantly recognised and tagged as, say, a player on a pitch or a singer in a concert, without the usual manual process involved.

More than this, a studio crew can instantly create clips, set up edit decision lists, and quickly create highlights and melts. This gives a new dimension to a live streaming broadcast, say experts.

AI and machine learning will be revolutionary in terms of both linear and video-on-demand (VOD) content, said Eric Bolten, vice-president of business development at Zixi, though the development and implementation of such tools are still in their nascent stages.

He cautions that AI still needs time to develop in areas where it was previously expected to make inroads into, such as automatic subtitling and categorisation.

“In terms of automatic subtitling, we’re not quite there yet, as accents are tough to interpret,” he said. “And for categorisation, AI hasn’t quite gotten to be able to penetrate that next level of metadata that’s needed to create sufficient categorical distinctions.”

What AI can already excel in, however, is gaining a better picture of what audiences like. In the one-way delivery model of the old broadcast world, there would be little feedback from the goggle box, but not today.

With IP networks now delivering content to devices such as smart TVs or smartphones that offer instant feedback on how well the content is received, AI can better piece together the puzzle of what consumers are saying through their interactions with an app.

“The AI-driven consumer edge will result in brand-specific programming and marketing campaigns, that will attract customers to specific platforms and engage them even further,” said Bolten.

“Ultimately, the immense capability and resultant need to gather and make sense of such consumption data will lead to the creation of an AI-driven infrastructure for how consumers access their content,” he added.

All this is happening because of the industry’s gradual move over the years to a virtualised, cloud-based infrastucture that taps on IP networks such as fibre, cellular and even IP satellite.

This means that each “touchpoint” that a consumer interacts with can more easily record his preferences and inform broadcasters on their content decisions in future.

“Broadcasters can not only use that consumer data to make programming decisions about content development, but they can also use it to provide audiences with specific recommendations on what they want to watch and when,” said Bolten.

Indeed, in a report last year, the International Telecommunication Union pointed to a number of uses of AI in broadcasting. No longer just a test in the lab, AI is making a difference in the creation, process and distribution of content, it noted.

More than just creating new, compelling content is the need to create content that is also accurate and relevant, say some experts. This is especially important at a time when videos can be easily spoofed.

While the social media content that citizen journalists upload online may be a boon to broadcasters seeking original footage of, say, the recent Beirut explosion in Lebanon, the potential for fake information is also a danger.

Spectee, a Tokyo-based online news agency, uses both AI and human checkers to curate social media videos for mass media enterprises, sifting through what is real and what is not in the information explosion that is confronting both news media and consumers.

“Misinformation and disinformation are rampant as users can post anything they want and even upload a picture from the past, claiming that it is happening now,” pointed out Edel Sng, marketing manager at Spectee,

“There is a need for us to find a way to obtain accurate information effectively as the majority of information that is uploaded onto social media tends to be junk,” she added.

Coupled with its in-house content curation specialists, it helps filter out the junk and provide only fast, accurate, and information that has already been fact-checked.

The AI technology involves machine learning, image frame-to-frame analysis, natural language processing and cross-checking with a data archive. It promises to provide journalists and broadcasters the content they need while saving time and resources.

Discover how AI and other innovative technologies are transforming the way broadcasters create, manage and delivery digital content for tomorrow’s audiences. Register for BroadcastAsia here. 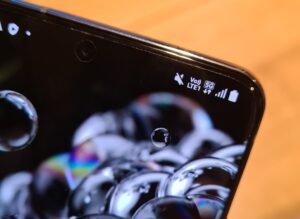 With more phones hitting the market, Singapore telcos rush out earlier version of 5G
Next Article 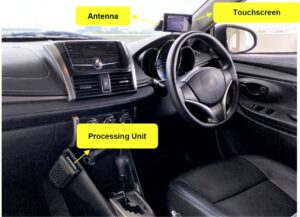