All eyes have been on DJI for a much-awaited Mavic 3 drone for a while, so it took quite a lot of people by surprise when the Chinese drone maker instead launched its mid-range model, the DJI Air 2S, recently.

Sitting between the Mini 2 for the budget-conscious and the feature-rich Mavic 2 Pro, it appears to be in the sweet spot for those looking for a capable drone for spectacular videos from the air without burning a hole in the pocket.

On the outside, there is not much to differentiate between the older Air 2 and the Air 2S as they have the same mechanism that lets you fold up the drone to carry around easily.

The two models are also similar in size, sharing the same batteries. This means that owners of the Air 2 who upgrade to the new model can save some money on getting new power packs.

While it does not have the Hasselblad brand emblazoned on the camera housing like on the Mavic 2 Pro, the new drone still has a large 20-megapixel 1-inch sensor.

You may argue that this is a downgrade from the Air 2’s 48-megapixel 1/2-inch sensor but having a bigger sensor with a larger area at the pixel level to catch more light brings lots of benefits.

For one, you get a reduction in ISO noise, along with higher light sensitivity. This is great for low-light scenes, such as the Singapore city skyline during sunset or the evening light-up of the Supertrees at Gardens by the Bay.

A feature that is well-liked by professionals in the Mavic 2 Pro is its variable aperture control. This allows the pilot to control the amount of light hitting the sensor using the ISO and shutter settings while in flight.

The bad news is that the Air 2S does not have such a feature – you have to make do with the Neutral Density filters to cut the exposure level down.

To install them, the drone has to land first, which means more time is wasted and more battery power is used up. You may lose an important shot too.

I am also a fan of DJI’s automatic panorama modes that stitch images of different brightness together to create an ultrawide-angle landscape shot that holds details very well.

Not everything is perfect, of course. Despite the pluses, the way that the drone’s physical camera is placed ends up inhibiting the drone from creating the perfect 360-degree image.

Just like the Mini 2, the top of a 360-degree sphere shot is copied from surrounding images rather than stitched with an actual photo. If you want a better 360 drone, the Parrot Anafi is the one to get.

DJI has also upgraded the video camera to capture 5.4K/30fps, 10-bit D-Log footage that give you more flexibility to edit in post production.

The bit rate has also increased from 100Mbps to 150Mbps, which helps to create video clips with better colour and details.

Just remember to pack enough storage on the go. Bring along a few fast v90 MicroSD cards with the drone when you are out flying, even though there is internal 8GB storage space in the drone.

What I also like is that the new drone still has DJI’s signature features, such as Hyperlapse for sped-up videos, FocusTrack to keep your subject in the frame and QuickShots that automatically fly the drone to capture videos with interesting angles.

New in this DJI drone is the MasterShots mode that automatically helps users to shoot professional-looking footage, without having you worry about piloting and getting the great shots at the same time.

The drone manoeuvres within a designated space to create videos with various effects and angles that I can easily share. It is more convenient and less time-consuming than engaging the various shooting styles in QuickShots.

Another useful upgrade is the drone’s range. DJI has increased this to 12km with the new Ocusync 3.0 system maintaining a strong connection between the drone and controller when flying.

The upgrade to Ocusync 3.0 has made me more confident when controlling the new drone. The Air 2S is also very responsive in the air and the video feed in Full HD doesn’t drop even when the aircraft is about 400m away from me.

If you are a beginner and need help to avoid obstacles during flight, the Air 2S’s Advanced Pilot Assistance System (APAS) works with the eight sensors placed around the drone, to stop the drone or avoid the obstacles altogether.

The only downside is that there are no sensors placed on the sides so it cannot fly sideways when the APAS is engaged. If you’re a newbie, don’t go flying so aggressively!

To make sure that the drone stays well away from other aircraft, the Air 2S’s AirSense system uses an Automatic Dependent Surveillance Broadcast (ADS-B) signal to identify and avoid other aircraft in the vicinity. This is another layer of security when airports and helicopter landing pads are near the drone.

There are downsides, to be sure, when you pack in a new set of capabilities. Compared to the Air 2’s 34 minutes, the Air 2S can only stay in the air for 31 minutes, no thanks to the new features and the increase in weight from 570g for the Air 2 to 595g for the new drone.

Then again, when compared to its bigger brother, the 907g Mavic 2 Pro, the Air 2S is still lighter and easier to lug around.

While it’s not that heavy, the Air 2S’ weight is important to note for new owners. In Singapore, it needs to be registered with the authorities before you can fly it.

If that is too much trouble, then the smaller 249g Mini 2 is the better drone to go for. More so, if you are a beginner.

On the whole, the Air 2S is a huge improvement in terms of image capture capabilities on a mid-range drone. While there are better drones in the DJI stable, the new model is good enough to be used by a professional videographer.

Certainly, its 1-inch image sensor brings it up in terms of quality. I would consider it a worthy successor to the much-loved Air 2.

The drone itself costs S$1,479, but I would recommend stretching your budget to get the Fly More Combo at S$1,899.

That includes the drone and two added batteries, the four Neutral Density (ND) filters, a battery charging plate and extra accessories that would cost more if purchased separately. 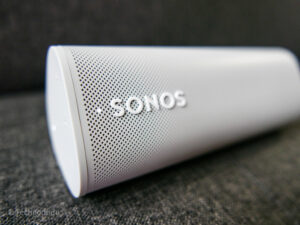 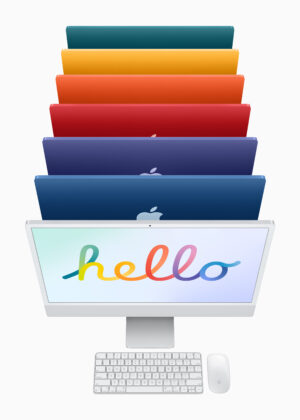