Asus has brought its high-performance Republic of Gamers branding to everything, including motherboards, keyboards, laptops and mobile phones (among others). The ROG Phone 5 is the company’s fourth gamer-focused smartphone.

If the numbering is not confusing enough, the ROG Phone 5 is not just one phone. The base ROG Phone 5 comes in A, B, and C variants, and there will also be Pro and Ultimate versions of the device.

The “B” and “C” variants have memory and storage configurations that partly overlap with the “A”, and likely cover different network bands across different parts of the world.

The ROG Phone 5 comes in at 172.8 x 77.3 x 10.3 mm and weighs 238 grams. The heft and size of the device are noticeable, perhaps a given due to its enthusiast gamer positioning. Those looking for a pocketable phone probably ought to look elsewhere.

The device’s rear is emblazoned with silkscreen-printed lines and a chequered grid that becomes more obvious when held at an angle. Turn on the mobile phone, and a ROG logo fires itself up through an array of red LEDs. The camera module adopts a pointed, arrow-like design that helps it stand out further.

Our white review set is perhaps the least striking of the various colour options, and muted compared to previous ROG phones. To me, the design language already sufficiently stands out.

Gaming paraphernalia often boast bold designs, to be sure, but unlike most of them that stay on desks, mobile devices have to be versatile and fit different settings.

Unboxing the device is an experience in itself. As part of its setup, the ROG Phone 5 will guide the user through an augmented reality comic that comes to life when viewed through its camera.

An interactive game lets you test drive features like the AirTrigger secondary controls activated by tapping on the bottom left and right widths of the device, and the Game Engine which optimises performance and memory on-the-fly.

Once done, the ROG Phone 5 will capture an augmented selfie avatar of yourself for keepsake. Gimmicky, but they orientate you to the key features of the device.

The ROG Phone 5 comes with a textured plastic protective sheath known as the Aero Case. This shields the phone from scratches, protects the sides of the phone from drops, while the cutouts both integrate with, and keep the rear design visible.

Most importantly, the Aero Case can be used together with the Aeroactive Cooler that should come bundled with the ROG Phone 5. The contraption snaps on to, and runs across the middle of the phone to provide fan cooling without getting in the way of the gamer when held in landscape.

Of special note is that the device has two USB-C ports. The one on the left of the device, and next to the proprietary Aeroactive Cooler connector, serves regular charging and data transfer functions. The second on the bottom, is meant to be mated with the TwinView and Mobile Desktop Docks.

The Qualcomm Snapdragon 888 processor here is standard flagship fare. The octa-core chip – made up of one primary core, three big cores and four small cores – is clocked between 1.8GHz and 2.84GHz, and accompanies an Adreno 660 graphics unit. What differentiates the device and its additional performance mileage is how it stretches its thermal headroom.

The device is optimised to run at higher speeds for longer than other devices, and does so by providing the means to dissipate the heat as quickly as possible in order to sustain that performance. The Aeroactive Cooler thus comes to the fore to aid the effort.

Without the Aeroactive Cooler, the ROG Phone 5 can be warm to touch surprisingly quickly, with slightly demanding tasks like photography, even if it does not burn. When gaming, the device will heat up, as it delivers the speed advantage that its target user group spend good money for.

All that heat is generated by the screaming performance of the ROG Phone 5. This is the smoothest Android device that I have used in a long while. There was no lag at all when I thumbed around the interface. Asphalt 9: Legends loaded quickly, churned out framerates very smoothly, and responded so well to my controls it felt surreal.

I am confident the device will breeze through mass online multiplayers and real time strategy games.

The 6.78-inch, 144Hz HDR10+, Gorilla Glass Invictus hardened display shares part of the credit for the satisfying use experience. I have my reservations about tall 20:9 screens, but the brightness and reflectiveness under direct sun on this unit is very decent.

Colours pop, and the high refresh rates make everything so buttery smooth. The screen makes you happy to look at it for a long while.

While the ROG Phone 5 sports a flat screen, palm rejection was a bit of an issue with portrait use, in my tests. I triggered buttons on the left and right edges of the screen when looking through the gallery with one hand.

This may be a result of the thinner bezels on the longer edges of the device, and could hopefully be fixed in software. Do try the device and see if you encounter the issue.

Battery is a massive 6,000mAh lithium polymer unit. The 1.8GHz “small” Snapdragon cores sip on the reserves when things are not too demanding. With some videos, general Web browsing and picture taking, the device will last through the day with about 30 per cent left in the tank.

With the Aeroactive Cooler fitted and games pushing the device to the limit, battery life drops precipitously, as much as 7 per cent in half an hour.

The saving grace is the (literal) power brick that is Power Delivery 3.0 compliant – you can probably use this charger with a compatible USB-C notebook.

It is equipped with Asus HyperCharge to deliver 65-watt charging. This is achieved by splitting the battery into two 3,000mAh packs, receiving juice in excess of 30 watts each.

Asus fitted the ROG Phone 5 with a decent triple-camera array. Pity about the special-use macro lens instead of a more general purpose “zoom” shooter, though this is not unexpected in a device known more for its gaming than photography prowess.

The cameras, as a whole, deliver very good performance, with automatic post-shot colour and brightness adjustments that churn out competent shots.

The Asus ROG Phone 5 is a performance user’s device of choice. It is heavy, the design is a little loud, but it does what it should well in gaming and imaging.

The battery gets you through the day, and while that becomes strained when you need it to fly, it delivers that nitrous boost better than others on the market.

For the average user, general purpose flagships can be a better play – the trade-offs in terms of heat management, weight and performance tuning that blunts greater battery longevity may not always make sense if you do not need power on tap.

If you are serious about mobile gaming, however, the Asus offering is perhaps the best in comparison to its competitors. You can also also snap on the ROG range of compatible accessories, such as desktop docks and gamepad handles to complete the experience. 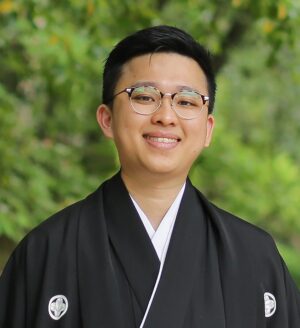 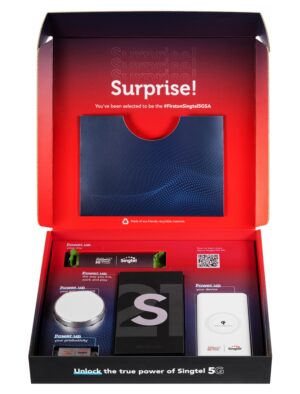