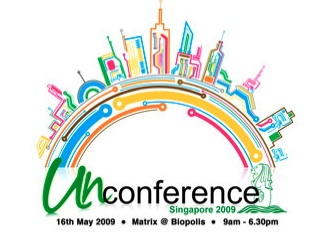 Techgoondu had the chance to be at unConference 2009 held yesterday at the Biopolis, thanks to the kind folks at e27 who had put together an excellent program that brought together some of the top forward-thinkers in the region. Here’s a recap of what I felt were the highlights of the event:

Panel discussion: Innovation in Asia and where is it heading?

Each panelist was asked to share how he spotted the opportunity that led them to start their companies. Scott, who started MyBlogLog and sold it Yahoo later, noted that his venture was “almost accidental”, while Hoong Ann of HungryGoWhere identified the need for a marketing channel catered to F&B establishments, particularly among small restaurants. His business and ad model was changed many times, because “you need the flexibility to start a business.”

Dr Lai of Buzzcity, which started as as dotcom company specializing in WAP mobile communications, said his company did not plan for the company’s current successes in South Africa and Indonesia. It was only after the rapid rise in the number of users accessing the Web on the cellphone some time later that spearheaded Buzzcity’s business in the two countries.

Dr Gang Lu, shared his experience with start-ups in China, which comprises three groups. The first are the copycats who will copy successful products and business models, but “the problem is everyone else will be doing the same thing”. It will be hard for copycats to stand out from the pack. He noted that at one point, there were over 150 YouTube clones in China, but only 10 are surviving today.

The second group will take successful products and localize them accordingly in their target markets – an example would be Xiaonei.com, which is now more popular than Facebook in China. Finally, the last group of entrepreneurs would chart their own path through innovation that would eventually lead to their own unique products.

The panelists largely agreed that selling to businesses is always more profitable than selling to consumers, since consumers are typically unwilling to pay for Internet services – advertising is thus the most common way of monetizing their services. In some market segments, selling virtual goods has proven to be a viable as exemplified by Xiaonei.com and Kaixin001.com.

Panelists were also quizzed on what they were doing to mitigate the dependency on search engines, particularly Google, for their site traffic. Hoong Ann of HungryGoWhere.com shared his company’s brush with Google which reduced his business by half in a single day after his website was placed on page 945 in the search results. Dr Lai suggested that start-ups should grow their organic traffic, while Dr Gang added that they try to grow traffic from social media platforms, which allow them to seed communities and build their brands without Google.

Techgoondu also checked out some promising products and start-ups, and these caught our eye. 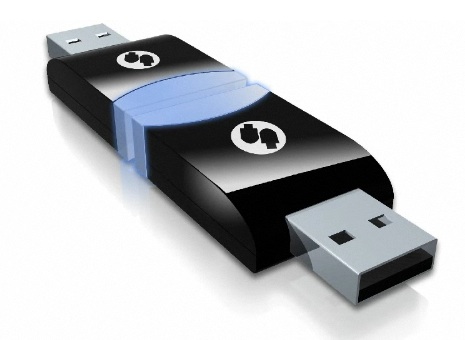 iTwin was born out of Singapore’s Agency for Science, Technology and Research (A*Star) and will be commercialized by Exploit Technologies, A*Star’s marketing and commercialization arm. Essentially, it is a device that can be split into two halves. By plugging each half via a USB port into a home and remote PC respectively, a secured communication channel is established to allow the remote PC to access files on the home PC. In fact, the solution is so elegant that no password is required. The communication is encrypted and authentication is provided through a random key generated by the home PC’s device.

The folks behind iTwin expect the device to be launched by Fall 2009 at a price of between US$40 and US$50. Work is for the device’s software for Windows XP is almost completed, and there are plans to support Windows Vista and Mac OS X. The product roadmap also includes video conferencing applications and even mobile device file transfer.

Fusion Garage was founded by R. Chandrasekar, a familiar face in the Singapore tech circle. Chandra was the founder of Radixs, which previously developed the Motion Experience Interface (MXI) operating system and the Velvet Puffin integrated online service that marries social networking and instant messaging.

The company is currently developing the software for the CrunchPad, a web tablet hardware device conceived by the folks at Techcrunch:

The idea is to get a new type of device into people’s hands for as cheap as possible (we were aiming for $200, it looks like $299 is more realistic). It fits perfectly on your lap while you are sitting in front of the TV, so you can look up stuff on Wikipedia or IMDB as you channel surf. It plays Flash video flawlessly so you can watch movies and TV shows on Hulu or Joost or wherever. Or listen to music on MySpace Music. Or use TokBox to have a video chat with your parents. Then check email and call it a day. Facebook, MySpace, YouTube, Hulu, Wikipedia, Google Docs and Gmail are the killer apps for this device.

Because the device skips the resource-sucking parts of the operating system and focuses on one application – the browser – very low end hardware can be used and still give users a desktop-like Internet browsing experience.

The team from Fusion Garage did not show off any working prototypes of the Crunchpad at the event. For more information, check out this video: