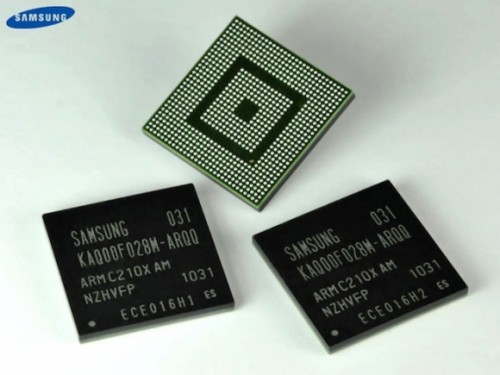 We were introduced to the 1GHz smartphones only about two years ago, but Samsung wants to take that even further and put a dual-core 2GHz phone into your pockets by next year. We’re not even talking about two cores of 1GHz each; that’s two 2GHz cores Samsung is talking about!

Engadget reports that Samsung is also considering selling the chip to vendors separately, so you won’t necessarily have to buy a Sammy phone to have scorching speed on the go.

For those who’re not familiar with mobile chipsets, there are currently three big players: Samsung’s Exynos (previously known as Hummingbird), Qualcomm’s Snapdragon, and NVIDIA’s Tegra 2.

Even Intel is working hard to convince tablet makers to build Android tablets on its Atom processors. And let’s not forget Apple’s own chips, which it uses to power the iPhone and iPad.

If you think that sounds pretty crowded for a few major manufacturers, you’re probably right. Looks like in order to differentiate itself, Samsung has decided that processor speed will be the thing to push in the coming year.

Of course, the million dollar question is whether the battery life of such devices will be able to hold up under the strain of the high-powered chip. In general, battery life for smartphones are currently appalling, with many users reporting that they can barely get through a day with a single charge.

Would you buy a 2GHz smartphone? Or is that serious overkill? Let us know in the comments!