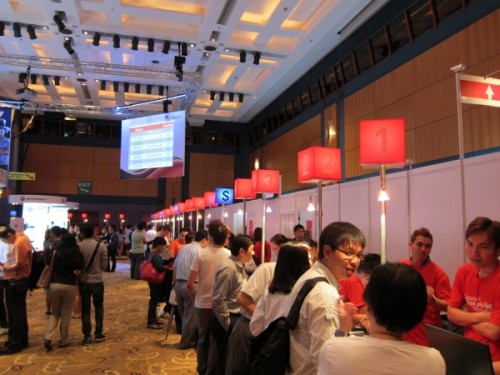 Singapore’s smartphone users have good reason to be angry with their mobile operators today, after SingTel, then StarHub, drastically cut the amount of Internet data they offer to surf the Web, update Facebook or view photos on the go.

In the afternoon, SingTel had called a media briefing to speak about its “4G” rollouts which promise three times faster speeds throughout the island by 2013. The headlines, however, are now dominated by its other announcement, that it was slashing the amount of data it bundles with its smartphone plans from July.

From a standard 12GB across the board, it is dropping this to as low as 2GB for the basic plan for new or re-contracting customers. This means many users, who are increasingly turning to their phones for, say, stock information, will have to watch what they use, or end up paying S$5 a month for an additional gigabyte of data.

StarHub users, perhaps worrying that their operator might also follow, got confirmation of the bad news later in the day. The “green camp” too is cutting back on its bundle. Also from 12GB, the quota is going to be cut to as low as 1GB, possibly in the coming months.

M1 has yet to reply to us at the time of writing, though its site still lists 12GB as the data bundled across the board.

While the move has long been expected, with telcos being squeezed by falling profits and increasing network usage, the manner which they have gone about this exercise will leave users exasperated.

But let’s first talk about why they are doing this. They have good reason to, to be fair.

The cutback today is really an inevitable result of the rush to beat one another back in 2009, which an insider described as “suicidal”. At that time, the iPhone 3GS had just shipped here and all three telcos followed one another in promising a generous 12GB data bundle, for roughly S$10 more a month.

The plans were not just available to iPhone users, whom they were keen to sign up, but also other smartphone users, including the ever-growing army of Android users.

Telcos soon did their sums and realised things didn’t tally. For the same price, they would have to support a whole new generation of users who were now not just surfing the Web but also doing all sorts of stuff on their networks, like the endless updating of Facebook statuses and Gmail downloads.

More recently, there are mobile cloud offerings like Apple’s iCloud, which syncs all your photos, videos and other stuff on your phone to its servers using your telco’s already clogged up 3G networks.

Worse, people are not paying for traditional add-on services, such as SMS or voice calls because they have turned to so-called over-the-top or OTT services that use the Internet to bypass their telcos’ traditional systems. Instead of SMS, there is WhatsApp; in place of voice calls, there is Skype.

For telcos, the current model is not sustainable, as AT&T in the United States and many other telcos overseas have found. Many have taken the hugely unpopular route of cutting back the amount of free data bundled in.

But the experience in South Korea, he added, was that these networks were soon clogged up as well by users all too ready to fire up even more downloads. The traffic on new LTE networks there shot up three times, he explained, cutting off a lot of the cost savings telcos might have expected.

It doesn’t help either that telcos have to simultaneously run three networks now in Singapore – an ageing 2G network which many still use with older phones, the current 3G network and a new 4G network still being rolled out across the island. Together, they are a strain on resources.

Yet, having considered the telcos’ dilemma, consumers are also right to question the timing and impact of the changes.

Many industry watchers had expected telcos here to price faster LTE services more expensively, perhaps as a way to “reset” prices and keep in line with how their costs have increased. The fact that they are cutting the data bundle across the board for existing 3G services will come as a shock to many consumers.

Even harder to justify is the amount of data they are cutting.

Let’s look at SingTel’s numbers. It said today that 64 per cent of mobile data on its network is consumed by 10 per cent of its subscribers. If so, why not simply cut the usage bundle of these heaviest of users?

By slashing the usage limit from 12GB to 2GB, it is targeting users across the board. SingTel’s CEO for Consumer in Singapore, Yuen Kuan Moon, said today that the current regime prevents the remaining 90 per cent from enjoying the full benefits of the network. He’ll have a hard time convincing people.

I’ll use my family as an example. I have three mobile data-enabled lines in my name, but only I cross the 1GB barrier, while my wife and my dad are using less than 1GB each month. Together, we probably don’t even consume a third of the 12GB that each one of us is entitled to.

So, it’s not a question of whether telcos like SingTel should cut the bundle to address their issues, but how much they are cutting. They seem to be over-compensating for an earlier mistake in being overly competitive.

And this has bigger ramifications, in the shock that it creates in the market. If the bundle was even slashed by half, that is, 6GB across the board, most users would still not have to worry about crossing the limit. By dropping to 1GB in StarHub’s case, and 2GB with SingTel, the telcos are asking users to drastically change their surfing habits or risk paying more.

I’m an example. I am not a heavy user, only checking my Facebook and Gmail several times a day. I only tether my laptop to the mobile link once or twice a month, only when the Wireless@SG free hotspot at a cafe is not working. Yet, with the new scheme, I will have to watch what I use lest I cross the 2GB barrier if I were on SingTel or StarHub (I’m with M1 now).

If average users have to worry about what they use, won’t they access less of Facebook, Gmail or Dropbox in the long run? When that happens, the country loses its boast that its users are well-connected and the place is a great location for developers to test out new technologies and apps.

There’s a lesson from the past that’s worth repeating. Years ago, before home broadband services became as competitive as now, Singapore had languished as a broadband laggard behind regional rivals like Hong Kong and South Korea, where prices were cheaper and services faster. Why would companies base their operations or content here?

In the long term, the same could result with mobile services if telcos cut back too drastically and become uncompetitive. Developers would think twice about using this place as a test bed for new technologies, because services would be too expensive and users won’t be interested.

The other worry in this episode is telcos fixing prices together. In following SingTel so closely, StarHub will be seen as acting dangerously like a fellow cartel member. Fairly or not, both will be compared to taxi companies raising flag down prices together, or petrol companies jacking up pump prices, which Singaporeans are all too familiar with.

Sure, StarHub can claim that it had to wait for SingTel, Singapore’s biggest player with 3.6 million subscribers, before it could raise prices after the “price leader”. But its actions will resonate very poorly with consumers.

Whether the infocomm regulator takes action, it will have to consider this as an unpleasant precedent for the industry. Rarely do prices go up or are bundles cut so drastically for telecom services, so when they do, even with valid reason, the Infocomm Development Authority will have to scrutinise whether the industry has moved a step back away from the competition that users benefit from. 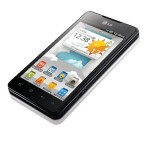