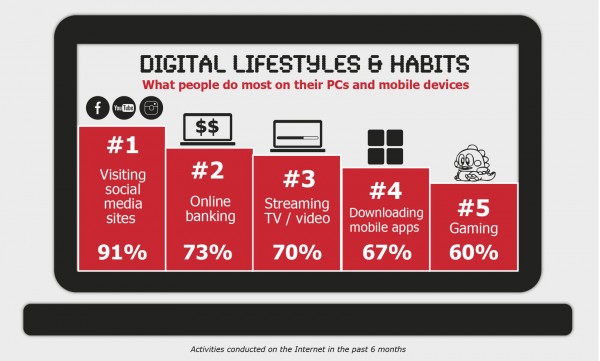 Singapore users are worried about privacy but fail to do enough to keep their personal information safe, according to a report put out by Trend Micro.

The cyber security company’s revelation will worry users more, after high-profile leaks of personal information belonging to telecom operator M1 and karaoke chain KBox’s customers in the past week.

Trend Micro’s poll of about 750 Singapore-based Internet users showed that 76 per cent of them were concerned about sharing private information on social networking sites. And 69 per cent of them delete or hide timeline posts they had shared previously.

However, awareness does not always translates into precautionary behaviour. Sixty-six percent of users here did not install security software on their computers and mobile devices. Seventy-seven percent did not use parental controls to protect their kids from online dangers.

Such behaviour persists even though users can’t tell rogue software from regular, safe versions. While 20 per cent of the respondents believe they may have downloaded malicious apps at some point, a surprising 51 per cent were unsure if they have encountered one.

Malicious software may sneakily gather information about one’s browsing habits and log every keystroke, forwarding them to another party for targeted advertising or worse, identity theft.

Singapore users are guilty of other rather unsafe practices as well. Sixty per cent of respondents only changed their passwords when needed and 32 per cent of mobile users allowed apps to access their social media profiles.

Almost half of surveyed respondents – 48 per cent – let their browser save their passwords online, a dangerous practice susceptible to hacking, especially in the wake of online data breaches.

All of this sounds rather ominous. What can users do? Well, for starters, get protected by simple security tools such as Microsoft Security Essentials, which is free and is fairly good at what it does. Windows 8 machines already have it, but users of older PCs can still download it.

Those seeking additional features like a password manager, parental controls and smartphone protection may look for all-in-one packages like those by AVG, ESET and Trend Micro, among other brands.

Finally, even the best security suite cannot guard against errant users. When entering sensitive personal details like addresses and credit card numbers, ensure the site is secure (https) and verify the site certificate.

The Trend Micro poll also revealed that 12 per cent of the respondents were friends with their boss on a social network, with 8 per cent granting access to view posts or photos. Any social media misstep would have led to repercussions on one’s professional reputation.

So, besides security tools, thinking twice before giving up personal information or making comments openly online might just be half the privacy battle won.

Here’s an infographic of the Trend Micro survey findings: 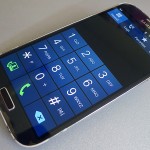