One of the first things you need to provide a mobile service is a chunk of the airwaves to be set aside for you.

Yesterday, the Singapore infocomm regulator did just that to attract a new entrant to the market, while proposing a steep discount to keep startup costs low for it to be a meaningful competitor.

This potential fourth telecom operator could enjoy a lower reserve price – at 60 per cent off – when bidding for the frequency spectrum in early 2016.

That’s just the starting price for the auction, so the final cost could still go up if the two potential entrants – OMGTel and MyRepublic – decide to drive prices up.

Still, the Infocomm Development Authority’s (IDA’s) proposal, revealed yesterday, is the strongest push yet by the authorities here to get a new player in to shake up the market.

In 2001, it had offered chunks of the airwaves for auction but no new players entered the fray. The same in 2013, when it set aside parts of the spectrum for 4G services.

This time, the government regulator believes, the market has changed. The demand for mobile broadband data services has grown, while the three existing operators’ subscription prices have risen even as they cut the free data usage bundle over the years.

Though they may not say it outright, the latest move by the authorities to stir more competition is a sign that things have slowed down in the past few years.

Consumers were upset when StarHub charged more for 4G services last year, for example. And from the reaction to potential new challengers such as MyRepublic, it appears users believe more competition is due.

The IDA certainly believes so. Of the 225MHz of bandwidth it is allocating for mobile services in the coming years, it proposes to set aside 60MHz for a new entrant to start bidding at a lower price.

This means a fourth telco, say, a small player won’t have to try to outbid incumbents Singtel, StarHub and M1, which have deeper pockets.

This move will likely anger the trio, which have been upgrading their networks in recent years, after being fined heavily by the government regulator for network outages.

They will point to the very tight competition in such a saturated small market. In Singapore, the mobile population penetration rate is already past 148 per cent.

However, the IDA believes there is room for better deals, like how new entrants have shaken up the market elsewhere. That’s a good thing for consumers (see how you can benefit).

In Spain, customers of the country’s fourth telco Yoigo pay €29 (S$43) a month for unlimited talk time for the first 300 unique numbers and 4G speeds for first 20GB of data, before dropping to 128Kbps.

Of course, the markets are different, but Singapore has the benefit of being a tightly packed city, where operators don’t have to worry about covering locations that are sparsely populated and bring in little revenue.

What consumers will hope for is a fourth player to re-energise the market and roll out a nationwide service by September 2018, as the IDA expects.

Unsurprisingly, both OMGTel and MyRepublic yesterday welcomed the regulator’s proposals. The IDA will firm up the rules for the entry of a new player by the end of the year.

Got an opinion on the new IDA proposals? Tell the regulator what you think, before August 12. 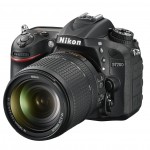 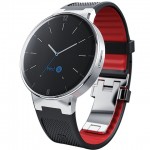