If you have a fancy new home theatre setup, you’d be happy to hear that Netflix is starting to stream its shows in Dolby Atmos, the latest surround sound format that promises more immersive experiences.

With 360-degree audio that “envelops” a viewer, Dolby Atmos has been introduced in cinemas for several years now. In the past three years, home theatre buffs have also been experiencing it with more supporting equipment appearing in the market (read about our experience).

The first Netflix show to feature Dolby Atmos is Okja, a movie from director Bong Joon-ho that recently made its debut at the Cannes Film Festival. Out on Netflix two days ago, it is the first of several to showcase the latest format.

The video streaming provider is bringing at least four more titles this year. Blame, a Japanese anime already out today, will support Dolby Atmos on July 28. This will be followed by Death Note (August 25), Bright (December 2017) and Wheelman which is slated for an undisclosed date this year, according to Netflix.

The biggest catch to all this is that the audio format will only be supported – for now – by Microsoft’s Xbox One and Xbox One S, as well as LG’s new 2017 OLED (organic light-emitting diode) TVs.

That’s a small list of devices, though Netflix has promised more devices in the pipeline. You’d also need to be on Netflix’s top-tier plan – the one supporting four screens and 4K (S$16.98 a month in Singapore).

For many users, Netflix is still something they watch on a phone, tablet or PC, so Dolby Atmos doesn’t add much to their experience. Home theatre enthusiasts, however, will be delighted there are more high-quality AV formats.

In the past couple of years, Netflix has been pushing more 4K content that offers sharper images and shows supporting HDR (high dynamic range) which promises to offer higher contrast and richer images on new, supporting TVs.

CORRECTION: An earlier version of the article said that Blame, the Japanese anime, already supported Dolby Atmos at launch. The existing version does not and it will only be updated with the new feature on July 28. We are sorry for the error. 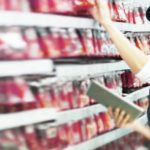