It is heartening to see Nikon introduce its much-awaited Z7 mirrorless camera, following rivals Sony, Olympus, Panasonic and Fujifilm in providing a compact option that comes without the moving mirror in a traditional digital SLR camera.

DSLR has been the mainstay for most serious photographers for the past few decades but the growing demand for the mirrorless system has grown, thanks to its quieter operation and a higher frame-per-second (fps) capture.

This has led to a rethink by Nikon. The Japanese camera maker has ditched its old Nikon One consumer mirrorless system and come up with a professional grade system in the Nikon Z system. It has finally wised up to the fact that mirrorless cameras are not just for amateurs.

For many existing Nikon users, the familiarity of the controls will be welcome. Picking up the Z7 the first time, you will find the usual functions pretty clearly laid out and easy to access

Apart from the mode dial, all the buttons are squeezed to the right side of the camera, effectively a machine that can be controlled with one hand.

Size-wise, the Z7 is definitely one of the most comfortable camera bodies I have held. It has enough grip to make it easy to handle with a bigger lens, which you can’t say for a lot of small compact mirrorless cameras.

Good news is, old lenses work with the Z7 too, as long as you have the right adapter. My old F-Mount lenses can be supported via the FTZ adapter, so that helps to make the cost lower should you migrate to the new system.

After trying out the Z7, I can say it is an able shooter. When I tried out some shots inside a dark tavern in England that was lit only by some stage lighting, the camera performed well.

The dynamic range from the camera’s sensor is good too, with accurate white balance and skin tones. The ISO noise from the camera is very much controlled, even when there are 45.7 megapixels being squeezed into a 35mm full-frame sensor.

However, the Z7 does have some weaknesses. The autofocus on the kit lens is fast but not as assured as my trusty, old Nikon D500.

When I paired the Z7 with my eight-year-old consumer-level Sigma 150-500mm f5-6.3 telephoto lens, the focusing can be a bit frustrating to achieve in very low light situations.

To be fair, I tried out some shots at Singapore’s Night Safari, a challenging setting for any camera. Still, I wished the focusing can be faster.

Sometimes, you have to turn to manual focusing to get the job done. Fortunately, the Z7’s 3.69 million-dot OLED viewfinder is definitely one of the best I have used so far.

With it, I am able to do manual focusing even without the use of focus-peaking, a camera feature that helps you make out the edges of the subject to achieve the proper focus.

Not everything works well on the Z7, of course. If you are thinking of using the new camera for sports photography with your older lenses, take note of a some issues.

Sure, the new camera has 493 focusing points that cover 90 per cent of the viewfinder. However, getting it to track a fast moving object isn’t as easy when you try to get it firing at the right timing.

Even when I use a smaller focusing area, instead of the entire frame, I find tracking an issue. The Z7 doesn’t seem to be as quick and accurate as its DSLR brethren.

During a test, it managed much fewer shots – two to three in a one-second burst on a bright day with the kits lens. My D500 could take at least four or five shots in the same situation.

The Z7’s lens appears limited so you need the FTZ adapter to use the older F-Mount lenses to maximise the mirrorless camera. Not all the older lenses can be used with the autofocus system, so it will be good to test things out before purchase.

My other grievance is the new Z mount, 24-70mm f4 kit lens. Optically, it is excellent but it is not the pick-up-and-shoot lens that I expect from an expensive camera system.

I still have to twist the lens open for the camera to be operational and that takes seconds away, causing me to miss precious moments. I believe a 24-70mm f2.8 lens should be a better lens for professional use but it will only be available sometime next year.

There are also small little details that I think could have improved the user experience. I am certainly happy that the Z7 has given the photographer a lot more custom buttons but the placement of two of them just beside the lens mount makes them a bit too deep to be accessed when shooting.

For a camera that is labelled as a professional shooting tool, it is puzzling to just have a single XQD card slot. With Lexar not producing any more XQD cards, Sony will have the monopoly for such cards.

When Sony’s own Alpha 7 and Alpha 9 cameras do not use the XQD card themselves, adoption of this new card format will be very limited. That means these cards may be expensive to buy when the production level is made low.

It is not all bad news, to be fair. So long as Nikon updates the firmware, the Nikon Z can accept a CFExpress card via the XQD card slot. I would still prefer to have a cheaper SDcard slot as the second storage option for that added peace of mind. Yes, just like on my Nikon D500.

Sharing photos from the Z7 is made easier with Snapbridge, an application to transfer photos from the camera to the smartphone for quick editing and sharing on social media platforms such as Instagram. Good news is the app has improved and images are transferred rather quickly and without hassle.

Being the flagship camera for Nikon’s new camera system, the Z7 will be appeal to a large group of users. However, even at S$5,149, it will not be an all-in-one camera that some people seek. The Nikon D850 at S$4,999 provides much better value from that perspective.

If you do want to get into the new system at a lower price point, the Nikon Z6 is also available now at S$3,249 and comes with the FTZ adapter too.

It is still early days yet and the Nikon Z system will be better as more lenses are launched in the coming years and made cheaper when economies of scale kick in. Waiting for the system to mature with better lenses is a better bet than jumping in now.

As market stabilises, design will be key to people buying more PCs: HP
Next Article 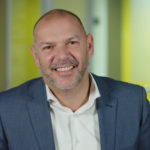