After years of terrible service that annoyed people to no end, SingPost’s blase attitude towards their numerous complaints seems to have finally caught up with it.

Though the S$100,000 fine yesterday from the government regulator for failing quality-of-service standards may be small change next to its recent S$50 million quarterly profit, the postal service provider is now getting the scrutiny it deserves.

It’s long past time that SingPost delivered letters on time and to the right address. With this penalty from the regulators, it can expect more fines should it mess up again.

To many of its customers, SingPost has spent so much of its energies on becoming an e-commerce company that it has relegated the important but less profitable task of delivering mail to the last of its concerns.

Not that its e-commerce delivery service has been stellar, either. Despite some glowing articles, no less in the New York Times, about its digital transformation, the company has enough detractors here in the form of actual customers.

How many times have you found a piece of paper slipped under the door to tell you to collect your parcel from the nearest post office, supposedly because you were not at home?

What started as some sort of unfortunate or one-off encounter years ago has become so common now. SingPost deliverymen have been caught simply dropping off the slip without even bringing the parcel.

Despite being told about this multiple times, SingPost’s answer was always the same, that the deliveryman rang the doorbell but no one was there. Simply by repeating that line, it seemed to have found a way to avoid any consequences.

Then came something downright outrageous. Last year, a postman was caught red-handed dumping letters straight into the dustbin. He was caught on video by a member of the public and later sacked by SingPost.

Yet, even then, the company simply said it was a lapse. After firing the errant postman, it again apologised and said it did not condone such behaviour.

The final straw came last month, when more complaints surfaced online about deliverymen once again dropping off a slip and not turning up with parcels for their recipients.

Tellingly, again, SingPost released an apology saying there were “service failures due to the individual actions of a few employees”. Such behaviour, it went on, would not be tolerated.

Toleration is the last thing SingPost should expect from the public, after failing so frequently to deliver their mail and deliveries for so many years.

Worse, by attributing the problem to the year-end festive season and a few errant employees, it was once again pushing blame away from the obvious systemic problem – it had not given enough resources to handle mail and parcel delivery.

The Infocomm Media Development Authority has now agreed with what the public has been saying for years. It’s time SingPost shaped up and took its basic job seriously.

So, after the fine, the company has been forced to hire 100 more postmen and redeploy manpower to fix the many problems it has always known.

A digitally capable company like SingPost, you would think, could simply have looked at the sheer volume of complaints and said: “Maybe we should hire more postmen if the existing crew can’t cope”.

Let’s be clear: Other than the few truly errant ones, the postmen who thanklessly sort and push letters into our mailboxes every day are not the biggest problem here.

SingPost, as the country’s designated public postal licensee, has a duty to do its most basic job properly by assigning enough people to do it. Sunset industry or not, mail delivery is still an important part of everyday life.

What image of a smart nation will you invoke when a reminder to renew a license takes four months to reach its recipient? What e-commerce can you speak of if the parcel never arrives? 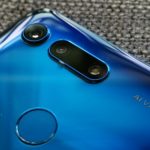 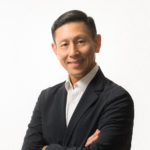