Challenger and Courts, two of Singapore’s largest consumer technology retailers, have promised to give consumers their money back if they buy a Huawei phone that ends up not being able to run Google services such as Gmail and Maps.

The offer aims to assure potential buyers that the most popular software on the Android operating system will still run, despite a ban last month that prevents Huawei from buying chips and software from American companies.

The restriction, which has wiped out US$30 billion in revenue for the Chinese company, does not affect existing models. This is likely why retailers here are confident of selling well-reviewed models such as the P30 Pro.

Both Courts and Challenger are offering this additional “assurance warranty” for two years from the time of purchase, which has to be from June 22 to August 31, this year.

The Huawei models covered here are:

The warranty offered here is above what Huawei typically provides for its gadgets. The Chinese manufacturer says it is not behind these promotions led by retailers.

Our commitment to you, our UK fans. Further information can be found here: https://t.co/6qKGIL2OB4 pic.twitter.com/V5Af6EraaY 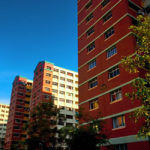 Who will champion citizens’ digital rights as Singapore becomes a smart nation?
Next Article 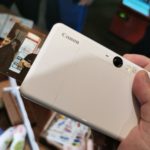