Asus’s Republic of Gamers or ROG brand is synonymous with PC gaming and the ROG Phone 3, now in its third iteration, is another gadget aimed at a nascent mobile gaming gadget market.

Like Asus’ ROG PC components, the ROG Phone 3 is armed to the teeth. It sports the latest Qualcomm Snapdragon 865+ processor that is also 5G enabled, along with 12GB of RAM, promising smoother gameplay.

It also has 512GB of storage space that will be enough for the most demanding of users, including those shooting high-resolution videos occasionally. Wi-Fi 6 is included with the phone too, for faster connections with a access point.

I can further improve the performance and switch on the phone’s X-Mode feature, which boosts both the main processor and GPU clock speed. Yes, rather like overclocking your PC.

I can also increase the refresh rate of the screen easily from the Armoury Crate app that is pre-loaded with the phone. As an added bonus, the ROG logo at the back of the phone will glow with your favourite colour. Yes, another nod to PC gamer culture.

To boost performance to the maximum, you’re advised to use the phone’s proprietary AeroActive Cooler fan that blows cold air across the back of the phone.

It also comes with a 3.5mm headphone jack that directs both the charging and earphone cables downwards so that they do not get in the way while you’re playing your favourite games in landscape mode.

The new phone also does not disappoint in the audio and visual departments. The Adreno 650 graphics chip works well with the 6.59-inch Full HD AMOLED 10-bit HDR screen that can show more than what the RGB colour gamut is capable of.

The screen refreshes at the maximum rate of 144Hz, which helps with smoother screen scrolling or flipping between screens. This is a feature not readily seen in some flagship phones. On the ROG Phone 3, the result is a screen that is easy on the eyes with beautiful visuals.

Thanks to the big screen, the phone is pretty hefty even by flagship standards. It tips the scales at 240g, compared to the Samsung Galaxy Note 20 Ultra’s 208g.

It is also quite long, measuring 171 x 78 x 9.9mm. Rather like a big block of dark chocolate. One thing to note – the screen does have noticeably large bezels at the top and the bottom to accommodate two front-firing speakers that come with seven magnets.

In landscape orientation, the phone gives me a more expansive audio effect. It’s so good I can make out where a shot is coming from when playing Call of Duty Mobile. It also makes movies more immersive. I certainly don’t miss my earphones.

The ROG Phone 3 also has unique ultrasonic sensors that reside at the top two corners of the phone (in landscape orientation). Called AirTriggers, they act as additional virtual buttons in a game.

So, in a game, I can customise the buttons to let me reload a magazine or throw a grenade when my thumbs are busying navigating and shooting in an online firefight.

I still prefer physical buttons as they are more precise. For me, the AirTriggers can be a hit-and-miss affair when you are in the heat of battle.

I find the sensors more helpful for my daily use. By squeezing both sides while holding the phone, I can activate actions, such as my opening up favourite app, without the need to find the icon on the screen.

The phone also comes with a large 6,000mAh battery that easily lasts a day or more. If you are gaming with the phone’s X-mode turned on at the maximum level for long periods, the battery life will take a hit. I would bring along a powerbank in such cases.

Asus is certainly packing the kitchen sink in the ROG Phone 3 and its camera appears well sorted, on paper at least.

An ultrawide-angle 13-megapixel secondary camera and 5-megapixel macro camera are also included. The front-facing camera also has a 24-megapixel camera good enough for most selfies and wefies.

The phone has some handy video functions such as Pro Video Mode, better audio pickup with Directional Audio Recording, stabilisation and free zoom. The camera also shoots in impressive 8K video in 30fps, as well as slow-motion 120fps footage in 4K or 480fps in HD.

For photography, the ROG Phone 3’s camera can also separate exposure and focus settings. That is a good thing and not often seen in smartphones.

Unfortunately, you have to say that the phone’s imaging capabilities are still some way off the best in the market. Asus would have to improve on this area.

While the camera specifications look great, and the images are acceptable, the ROG Phone 3’s image quality isn’t on par with more camera-centric phones such as the Huawei P40 Pro.

Images are not as sharp as on some flagship phones and the colours can be inaccurate, for example, when my turquoise coloured t-shirt was captured with a blue tone instead. Thankfully, the skin tone looks great for the front-facing camera.

To be fair, Asus has pitched the ROG Phone 3 as an entertainment gadget with all the bells and whistles that attract hardcore PC gamers. In that sense, it largely delivers.

The S$1,598 smartphone from Asus is certainly not cheap, but it’s also not as expensive as the Galaxy Note 20 Ultra (S$1,698). The ROG Phone 3’s Achilles heel is its image quality, which detracts from the high-powered hardware that is packed into the phone. 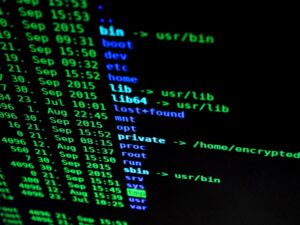 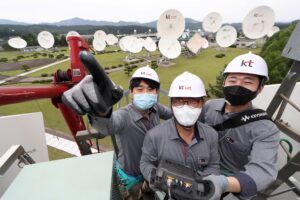