My first thoughts seeing the Sennheiser Momentum True Wireless 2 earphones’ S$449 price tag is whether they can surpass Sony’s alternatives at about S$100 less.

Well, I’m happy to say the Sennheiser Bluetooth earphones are clearly superior in one aspect – audio quality. The detail and resolution are indisputably a notch higher.

Is that worth paying more for? Well, I’d let you be the judge of how good you want the wireless audio experience to be like.

However, if I’m buying a pair of truly wireless Bluetooth earphones today, the Momentum True Wireless 2 are as good as they come, audio-wise.

Let’s start with first impressions. The fabric-lined case that holds the white or black ear buds is neat and simple in its design. It juices up the ear buds, which promise seven hours of battery life, to as much as 28 hours on the go.

The fit of the earphones is also first class. I have worn the Momentum True Wireless 2 for entire afternoons and I have forgetten on occasion that they were there. No, they don’t feel hot or too tight, even in Singapore weather.

What also impresses is the active noise cancellation that is built in. Just like Sony’s WF-1000XM3 earphones, Sennheiser does well here to pack in some robust blocking out of outside noise.

On one occasion, I even had my kids play some kids songs on the hifi while I was listening to the Sennheiser earphones and I could hardly hear the “noise” outside.

So far so good. What sets the Sennheiser earphones apart, however, is their audio quality, which you should expect no less from the German company known for audio quality.

Here, the 7mm drivers do a great job extracting more detail from music tracks. They are capable of higher resolution and granularity than other decent and well-balanced earphones, such as Sony’s.

During my tests, I paused several times while listening to Coldplay’s Everyday Life album on Tidal because I heard additional details that I hadn’t before on my humble home theatre system or on other earphones.

On the Orphans track, for example, the background vocals can be heard a lot more clearly, as are the guitar riffs. They are distinct from the main vocals.

On the track Everyday Life, as well, you can detect the the strings, percussion and piano as separate from each other. There is a precision to the audio image that is missing from other wireless earphones I’ve heard so far.

This no doubt comes from the control that the drivers have on the sonic material that they are asked to present. Here, they don’t disappoint.

There isn’t any sort of bloated bass – once you’ve tuned the equaliser settings on the mobile app to your liking – yet you still get the depth and scale on tracks that call for a focus on the low end.

On tracks that feature kick drums, you hear the distinct, short thuds in the midst of other instruments. Others that call for a bit more slam are presented with a solidness that impresses.

What I particularly like is the ease with which the Momentum True Wireless 2 presents female vocals without any unnecessary colour or artefact.

I played Norah Jones’ Tryin’ To Keep It Together and the vocals were mesmerising because there is so little to distract from them. No added sibilance or unneeded “warmth” to thicken things up.

In all tracks, there is an airiness that makes the listening experience such a joy. A wide soundstage comes to mind without you trying too hard to imagine the performers. Sound is not caught in your ears or your head.

Whether you want to listen in carefully to the details or just have the Sennheiser earphones on while doing work, they are easy to like.

Even if you want to fire up some electronic dance music (EDM) to get your in the mood for some dreary work, the Momentum True Wireless 2 don’t miss a beat. They keep up well with fast moving tracks.

I’ll admit, I found myself bobbing my head up and down while listening to random EDM tracks on Tidal. Not my usual thing, but pretty enjoyable with the right gear.

To be honest, it’s hard to find fault with the audio quality on the Sennheiser earphones. If I were to nitpick, it would be that they can extract even more detail, like with the wired IE 800 S earphones that the company sells for a few times more (S$1,590).

That’s an unfair comparison, of course. What the Momentum True Wireless 2 earphones offer, besides a lower price, is the ability to be truly wireless while on the subway or the plane. In exchange, you’re not giving up that much on audio quality.

One thing I think Sennheiser can clearly improve on is the software app for your phone. It does a great job of linking up to the earphones easily and lets you adjust the tuning with handy equaliser settings, but it can look a little too utilitarian.

Okay, you can use the app to turn off noise cancelling, for example, which is useful. But it would be cool if you could control which audio codec to stream the tracks wirelessly in – the earphones support SBC, AAC and aptX.

There’s no aptX HD, which promises higher resolution tracks streamed wirelessly, but this case proves what I have always believed – well-recorded tracks played with good audio gear don’t require all your high-resolution formats.

For the record, I listened to Tidal tracks on my Samsung Galaxy S20+ phone during the tests. I played them at the highest resolution available on the music streaming service.

Throughout my test, I noticed neat touches that you know have been fussed over by Sennheiser engineers eyeing a fast-growing market featuring many strong contenders.

The touch controls on the new earphones, for example, are smooth and intuitive. One tap on the left ear bud and you pause the music. Two quick taps and you skip to the next track. Handy both on a subway or at your desk.

The biggest problem for Sennheiser is actually the Momentum True Wireless 2’s price. In a competitive market, it will have to prove that the new earphones offer that added quality worth paying for. It just needs to convince people to have a listen, though. 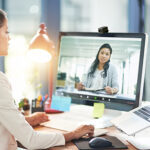