As Earth Day rolled in last week, the announcements by technology companies eager to show off their latest green endeavours stacked up quickly.

The chipmarker’s largest outside the United States, the installation at the Kulim and Penang campus is said to reduce carbon dioxide emissions by about 3,800 tons.

Earlier last month, Amazon also announced its first renewable energy project in Singapore, a 62-megawatt solar project that would have panels mounted on the ground.

When complete in 2022, it will be among the largest such solar system designed and installed in Singapore, the company said. The capacity? Some 80,000MWh yearly, enough to power more than 10,000 homes here.

These projects, in a region that is seeing the fastest growing digital economies today, are timely and necessary. The fight against climate change is global.

Some companies, such as Google, have even more ambitious goals. The search giant, having neutralised its legacy carbon emissions in 2020, is aiming to go carbon-free by 2030.

Yes, that seems like a moonshot, considering how many data centres it runs. But if its past record is proof, then it’s clear Google isn’t just spinning a mere CSR or corporate social responsibility message here.

Such global efforts also make one wonder about Singapore’s role in a world where green energy is the norm, not the exception. Where does one of the world’s big trading hubs for oil, and more recently, natural gas, play in this new field?

Natural gas, cleaner than coal, is the primary source of Singapore’s energy. However, it’s also non-renewable.

Today, Singapore has 0.0005 per cent of the world’s land but contributes 0.11 per cent of global emissions. That’s bigger than some countries 50 times its size, according to a Bloomberg report.

Belatedly, you now hear of big efforts in solar projects, especially after a S$100 billion climate plan by the government in 2019.

Reservoirs and even coastal areas are being lined with solar panels, in a land-scarce island. Heck, even Tesla and other electric cars are in fashion now.

For the longest time, one refrain you’d hear from energy sector experts here is how the cloud cover over much of Singapore means you only get irregular sunlight and thus an irregular energy source.

This way, it becomes difficult to fire up the generators to produce electricity whenever we need it. After all, it’s costly to keep firing up and down these generators – it’s cheaper to keep them running all the time.

Well, that was before the advent of smarter machines that could use artificial intelligence to better predict power demand and thus power generation.

Plus, the improvement of batteries and energy storage in the past few years have dramatically changed the equation. You can store that energy from the sun for when you need it later, which at least answers part of the problem of cloud cover.

Enough about missed opportunities, though. What is Singapore’s role in this new world? We talk about disruption all the time, but perhaps the biggest one that has been staring at us all this time is renewable energy.

Who are the winners in a world where fossil fuels are not fancied? Does Singapore have the expertise to tap on these new opportunities that are springing up?

Even in Big Oil, change is happening. In January, BP cut the headcount for its team of geologists, engineers and scientists who prospect for oil from 700 a few years ago to just 100.

For Singapore startups springing up in the future, one of the first things investors may ask is what their plans are for sustainability.

Now, sustainability is many things – see the United Nations definition, for example – but one of the factors will surely be how their operations can be scaled up without adverse environmental impact.

Now, then, comes the difficult part – getting into a virtuous cycle instead of stop-gap measures.

After all, everything you do has an impact in the cosmic order of things. Put up more solar panels now and you need to think of disposing them a decade or two down the road when they are worn out. Batteries, too, create e-waste.

Electrifying everything in a green manner is just the start, clearly. And it’s a good thing technology companies are taking the lead in many ways.

Every single digital transaction needs a server in a data centre that spins up and eats up energy, after all. As you read this article on a screen, electricity is used up.

As the on-demand, digital economy grows even more in the years ahead, especially in Southeast Asia, it has to pick up its own trash, so to speak.

The question is whether this latest round of green efforts, probably the most practical yet, will at least slow down the rate of irreversible damage. 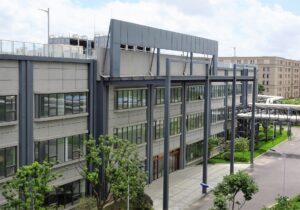 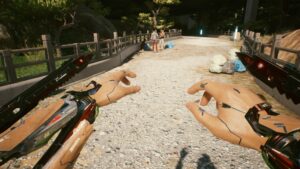