6G research is in its very early stages. The vision for what the International Telecommunication Union calls Network 2030 is still taking shape.

While the industry is years away from starting the standards development process, the sub-terahertz (sub-THz) territory is the focus of active research. Achieving high throughput performance in sub-THz (100GHz to 300GHz) or THz (300GHz to 3 THz) spectrum involves extreme modulation bandwidths.

Researchers require a flexible and scalable testbed to gain insight into their designs’ performance while 6G evolves. Keysight’s white paper – A New Sub-Terahertz Testbed for 6G Research – introduced a testbed for the D (110GHz to 170 GHz) and G bands (140GHz to 220 GHz) to measure waveform quality through error vector magnitude (EVM) measurements, with modulation bandwidths of up to 10GHz occupied bandwidth.

Sub-THz frequencies present many unknowns. Determining the level of EVM system performance possible in these new frequency bands and extreme modulation bandwidths is a key area of research.

This article provides an example of using Keysight’s sub-THz testbed to perform 6G channel sounding research with wide bandwidths at D-band. The testbed uses channel sounding signal generation and analysis software with the same hardware setup used for EVM measurements, to demonstrate how you can address different research areas with the same system.

Channel sounding is the process of measuring the response of a channel to an impulse. If the channel is linear and time-invariant, you can predict the response to a signal input into the channel.

This is because any signal can be expressed as a linear combination of impulses. You can compute the channel’s response to each impulse (sample) in the signal and then add the responses together to get the total response to the signal, a process also known as convolution.

1. send a known signal into the channel
2. capture the signal after the channel
3. compute the channel response by comparing the transmitted signal with the received signal

Figure 2 shows a channel sounding configuration for D-band. This testbed can also perform EVM measurements at D-band and G-band.

The software runs in the AXIe embedded controller PC, which is in the same chassis as the Keysight’s M8195A 65 GSa/s arbitrary waveform generator (AWG). The following are steps to set up the testbed and signal flow process:

1. Use PathWave Signal Generation software to generate and download the channel sounding signal to the M8195A 65 GSa/s AWG to create the modulated IF signal at 6 GHz.

2. Upconvert the 6-GHz IF to 144GHz using a Virginia Diodes Inc. (VDI) compact D-band upconverter to enable the next step.

4. Down-convert the received channel sounding signal to an IF using a VDI compact D-band downconverter.

6. Acquire the data with PathWave VSA software from the UXR multichannel high-performance oscilloscope to perform channel sounding analysis on the digitised IF signal.

Horn antennas with a 9 to 10-degree beamwidth transmit and receive the channel sounding signal over the air. Reflectors placed in the chamber illustrate the effect of multipath in Figure 3. Laser pointers mounted on top of the VDI converters help direct the beams toward the reflectors.

The two reflectors in the RF chamber provide a known channel. The testbed equipment and Tx and Rx antennas sit on a table in front of the chamber.

In the top-down view, the black rectangle represents the table, and the orange boxes represent the instruments on the table.

The reflectors are approximately 1 meter and 2 meters away from the Tx and Rx antennas. During the sounding signal transmission, the Rx antenna sees two main reflections of the transmitted signal, separated in time.

You can see the frequency domain (top) and the time domain (bottom) plots of the channel response on the right side. The trace of most interest is the impulse response, the bottom trace.

This trace shows the reflections of the impulse sent into the channel at various delays. This information includes their location in time, amplitude, and phase relative to the measurement carrier if you set the trace format to show the phase. The peak occurs at time = 0, in the center of the trace.

Improving the estimate through averaging

The main peak is approximately 45dB above the noise floor. Some of the noise includes Gaussian noise that is uncorrelated across time. You can average multiple channel response measurements, and the uncorrelated part of the power will average towards zero (vector averaging).

This can be done by increasing the Number of Repeats parameter. You can use this approach to extract the signal out of the noise if the measurement is having difficulty synchronising with fewer repetitions. The disadvantage is that measurement update rate decreases and the measurement becomes more sensitive to symbol clock errors.

Another way to perform averaging (trades off low SNR sync for faster measurement updates) is to average after computing the channel response (Figure 5) over multiple measurements.

Select MeasSetup > Average > RMS Video (Exponential) and set the default type to RMS. This method uses RMS averaging for some of the VSA results and vector averaging for the channel response traces. After averaging, the main peak is approximately 70dB above the noise floor, which is an improvement of 25dB.

This channel sounding solution also supports multiple receive channels so you can measure relative differences in channel responses. This ability is useful when antennas point in different directions or have different polarisations.

Keysight Technologies would like to acknowledge Virginia Diodes Inc. (VDI) for providing the VDI D- and G-band hardware shown in this article.

Key metrics include EVM, BER, and data throughput to achieve individual rates of 100 Gb/s. Wide modulation bandwidths of up to 10GHz occupied bandwidth introduce significant linear amplitude and phase impairments from both the radio hardware and the channel.

Caleb Dougherty is a software R&D engineer on the PathWave Vector Signal Analysis software team. He joined Agilent in 2007 and has helped develop several different analysis modes in the VSA including DOCSIS 3.1 DS, 802.15.4z HRP UWB, 802.11be, and Channel Sounding. He has an MSEE degree from the University of Washington. 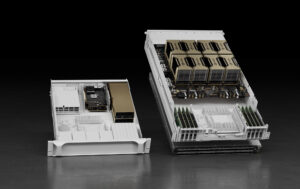 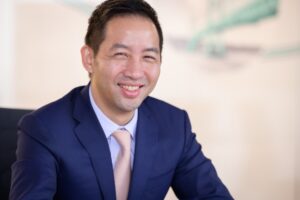