As home-based learning became common earlier this year, I began looking at the Surface Go 2 laptop-cum-tablet as an affordable and portable machine for my daughter. So, when the new Surface Go 3 emerged in recent weeks, I was expecting a nice update.

Unfortunately, what held me up from buying the earlier Surface Go still evident in the latest version. The lack of performance, at least for some of the cheaper models, is a real bugbear, even though you expect some compromises at this price.

The unit that Microsoft sent us for review is the middle-of-the-road one with an Intel Pentium Gold 6500Y processor, 8GB of RAM and 128GB of eMMC for storage.

That is priced at a relatively attractive S$848 until you remember you still have to buy a detachable keyboard at S$138 (or S$188 for one with a nicer colour) to complete the experience. Unfortunately, the price adds up to at least S$986.

Is that fair value? I’d be fair by saying yes for some of its features but no for others. The main attraction here is the easy-to-carry-around size that is just right for young schoolchildren. Without the keyboard, the Surface Go 3 weighs just 544g.

The 10.5-inch display is just about large enough with a decent resolution of 1,920 x 1,280. Text is clear and sharp, as are images. Having a touchscreen is also a big plus, as kids are born to use the simple interface.

Plus, being a two-in-one PC lets a user switch from tablet mode to laptop mode easily. Here, the Microsoft Surface design with its kickstand and detachable keyboard is well tested and great to use.

The magnesium chassis also feels solid, so much so that it feels like a smaller brother of the Surface Pro, which is a great machine to have. I know because I bought one for my wife many Christmases ago and it is still a joy to use.

However, the smaller Surface Go 3 suffers from a lack of performance. While the 8GB of RAM are welcome, the Pentium Gold processor and eMMC storage struggle to make the Windows 11 experience a smooth and intuitive one.

Notably, the Microsoft Singapore site lists a model with a Pentium Gold processor, 8GB RAM and 128GB SSD, which might be slightly faster, but I’d worry as long as the slow Intel processor is in there.

Perhaps the highest-spec’d Intel Core i3 version with 8GB RAM and 128GB solid state drive (SSD) might be better, but then that adds up the cost to over S$1,000 (with the keyboard).

To be fair, Microsoft has its S mode turned on by default here. This means you’re limited to running apps from the Microsoft app store, likely less demanding ones that you’d load on your typical PC.

You can turn this off and try to install your Photoshop and other demanding apps, but the results might not be pretty.

I tried running PCMark 10, for example, but the benchmark which measures how well PCs handle everyday tasks like videoconferencing and spreadsheets had a hard time completing all the tests.

It failed to finish on a couple of occasions before I managed to get everything across the line. Unfortunately, the score of 2,351 here is also the lowest we’ve had among laptops of late.

For comparison, a Microsoft Surface Laptop 4 with typical notebook specs that included an Intel Core i5, 8GB RAM and a 512GB SSD scored 4,145 in our test in June. That is much bigger, to be fair, but you see the gap in performance quite clearly in the smaller Surface Go 3.

As with many portable machines, you can expect to have fewer ports on the Surface Go 3 to plug in your devices, such as USB drives. A USB-C port at the side is all you have here, so an adapter is surely one of the accessories you’d need.

The keyboard, while decent given the size limitations, is also not something you’d want to type on for long hours. The keys feel a little stiff if you’re picky.

So, I’d say the keyboard is best for firing away some short e-mails but certainly not for a long article. I wouldn’t want to type this review on the Surface Go 3.

That said, I think it’d be fine for one target, that is, schoolchildren, to get their online lessons up and ready on another typical school day. All said, you can see the Surface Go 3 as a bottle half empty or half full.

It’s half full if you consider that this is a great portable machine that doesn’t break the bank. It’s not cheap, to be sure, but it’s still cheaper than many touchscreen laptops. Plus, it does its job mostly fine, that is, offering portability on the go.

However, it’s also half empty if you think of it as a Windows PC that lacks the performance to deliver a great experience. Often, it must be said, I find myself waiting for an app to fire up, since I’m so used to a faster Windows PC.

You also ask whether the Surface Go 3 fulfills the roles of both tablet and laptop well, or if it does neither particularly well.

Of course, you can’t have both, unless there are clear compromises. Perhaps the Surface Go 3 is meant for folks who don’t mind these trade-offs so they can experience both a laptop and tablet in one small device. They just have to get their expectations rights. 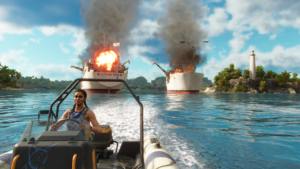 Goondu review: Far Cry 6 has flaws but is hard to put down
Next Article 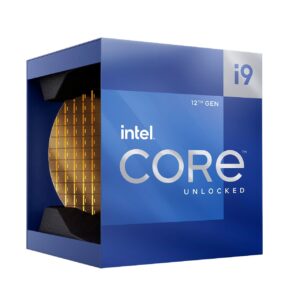 Has the empire struck back with the Core i9-12900K, Intel’s top 12th-gen Core processor?
Leave a comment