The iPhone 13 Pro is a solid upgrade on last year’s iPhone 12 Pro due to better cameras with 3x optical zoom, improved battery life and a super-slick screen.

While many features are similar to the iPhone 12 Pro, what stands out in the new model is the excellent camera.

On my morning bike rides, I generally don’t stop to snap photos. But the breathtaking views of the sunrise from the Marina Barrage and the iconic skylines of Marina Bay Sands and the financial district demand to be captured on digital film.

It is also convenient. Whip out the iPhone 13 Pro, frame the picture and hit the shutter button. The camera does the rest, automatically paying attention to details like contrast, colour, white balances and so on.

The computational photography powered by the A15 Bionic chip allow the camera to automatically choose the appropriate setting for the shot. The large image sensor also lets in massive amount of light allowing for sharp, detailed photos in low-light conditions, even at night.

The iPhone 13 Pro features a rear triple-camera system comprising a 12-megapixel ultrawide-angle, wide-angle and telephoto cameras with a sapphire lens cover which promises to be scratchproof.

With the autofocus feature in the ultrawide camera, I picked up a new trick: macro photography which used to be available mostly on SLR cameras. I like that this feature is built into the camera app, with no additional settings or buttons to press.

Simply fire up the camera, move closer to the subject and shoot away. The phone will automatically switch into the wide-angle mode which allows for close focussing. It can be used to take close-ups of flowers and other objects too. Night shots using this feature also appear sharp and well-exposed.

My first subject for macro photography was my French poodle Mulan. I pointed the phone’s camera close to her face and the ultrawide camera automatically swung into action, producing a detailed and sharp photo from as close as 2cm away. Each hair and whisker of my French poodle Mulan could be seen in the photo.

Another new feature I like is Photographic Styles, which are a series of filter-like adjustments that can be made before taking any shot and which do not affect the skin tone of the subjects. This feature gives a stylistic effect to photos. There are four options to choose from: vibrant, rich contrast, warm and rich cool.

These are the only settings that need to be configured either on the Camera App or in Settings. The default setting is the Standard style unless it is changed. Once changed, the camera remembers and will take photos in the new setting.

However, once the settings are changed, the profiles cannot be undone during the edit.

Apple also introduced a new cinematic mode which adds a bokeh effect to videos. It gives a depth-of-field effect, providing automatic focus changes when there are multiple subjects in the frame. This makes the videos more immersive and dynamic.

The iPhone 13 Pro is among a family of phones that were announced in September comprising the iPhone 13, the 13 mini, the 13 Pro and the 13 Pro Max. This review focuses on the 13 Pro only

The refresh rate of 120Hz significantly improves the experience of using the iPhone 13 Pro. It is much responsive, making scrolling and animations look much smoother.

The phone also sports a variable refresh rate that adjusts itself according to what you are doing. If nothing is moving on the screen, the refresh rate drops, saving battery power.

This is one of the major upgrades in the iPhone 13 Pro. Apple estimates battery life at about 20 hours. For my daily activities, it usually still goes strong with about 20 per cent of juice left after 16 hours of usage.

This is for a combination of video and audio streaming, Zoom meetings, reading and surfing in addition to the online chats and text messages

Notably, the battery is used up fastest when I am simultaneously listening to podcasts or audio books and using a cycling app to track my rides. It can easily consume about 25 per cent over the 90 minutes to 120 minutes of cycling time.

The iPhone 13 Pro has the familiar look of its predecessor, the iPhone 12 Pro, that I was using. It is almost identical except for some features and its weight. Most notable is that the notch on the screen is slightly smaller horizontally but while Apple highlights the notch size as an improvement, it is still there.

Like last year’s iPhone 12 Pro, it sports a 6.1-inch screen but is now heavier at 203 gm, up from 189 grams. Weight aside, the phone has a nice feel to it. I find the 6.1 inch screen a good size which has led me to watch more videos on YouTube and Neftlix and Apple TV  movies on the phone.

The bummer is the significant camera bump which means the nice iPhone 12 Pro cases bought last year cannot be re-used for this year’s phone.

Protecting the phone’s face is ceramic shield glass which Apple claims is stronger than the glass featured in any other smartphone. I would not test this feature unless I want to change to a new phone.

It is also water resistant up to 6m for up to 30 minutes. This is good news for people who drink their beverages at the table since the new iPhone is resistant to accidental coffee spills.

Powering the iPhone 13 is the Apple-designed chip, the A15 Bionic processor with four cores, which Apple claims is the fastest chip in a smartphone. It has nearly 15 billion transistors for improved performance over its predecessor. It is very fast, providing the computational photography that results in sharp, detailed images.

Stocks of the 13 Pro are definitely available if it is ordered for delivery. For pickups, only some stores or authorised resellers have stock. As of November 24, delivery will be fulfilled the week of December 4.

Prices for the 13 Pro start at S$1,649 for the 128GB version. Storage tops out at a new level of 1TB. Unless you’re a cinematographer who shoots a lot of videos, 1TB is an astronomical amount of storage which can knock off another S$830 out of your bank account. The sweet spot I believe is the 512GB version which will add an extra S$500, bringing the total cost to S$2,149.

The downer is that with Singapore’s TraceTogether contact tracing app, it would be nice to have on-display fingerprint sensor on the phone. Since wearing a face mask is still a necessity, Apple’s Face ID is less ideal in unlocking the iPhone.

Overall, the iPhone 13 Pro is an outstanding phone with a stellar camera. It could well be the most sought after Christmas gift for Apple users because of its better camera, super slick screen and improved battery life. 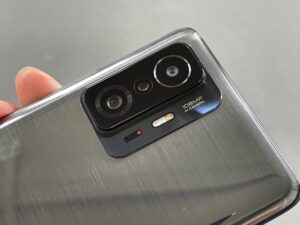 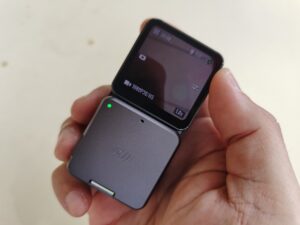 Goondu review: DJI Action 2 innovates but is still lacking in some areas
Leave a comment