Welcome to the real world, Morpheus said to Neo as he woke up from the Matrix in the original groundbreaking movie from 1999.

Perhaps it’s fitting that last month’s followup, The Matrix Resurrections, put a new spin on things, by being all meta in its self criticism of the virtual world.

In it, video game executives talk up “bullet time”, the time bending technique Neo uses to dodge bullets in the virtual world.

Virtual worlds can be as real as the real world, it also seems to say, and some will prefer the taste of steak in a made-up world to the slimy dross that tastes like rust in the real world.

For some folks today, the idea of the metaverse, at least the version that Mark Zuckerberg and his company showed off recently, is “not real”, in that the avatars won’t ever replace a real person, that the sensation of a touch is not the same as a haptic feel of a high-tech glove.

But that rather misses the point. People may not desire to be mind-controlled by machines and hooked up in a dream state, as in the Matrix, but they certainly want something that is “not real”.

This, Zuckerberg should know. How many of our social media profiles on Facebook are actual reflections of who we are, for example?

Are we the caring child, doting parent or dutiful employee we like to project ourselves as? Or rather like the idealised versions of ourselves, like the characters that step into the Matrix?

An avatar is just the finishing touch here. How much we wish to touch up the face or colour the hair in the metaverse really depends on how far we wish to project a fantastical version of ourselves.

Without getting all philosophical, the situation is quite simple, really. In the metaverse, like a sort of perpetual game world, we can pretend to be who we want to be, be it an alien, a superhero or just a prettier version of our real selves.

So, rather like on social media, but with more immersive visuals and other sensory inputs to make you feel like it’s the real world.

Of course, this is also where the technical challenges are today. While computer graphics are already top notch – see whether you can tell the “real” Neo from a computer-generated one in a Matrix promo clip above – getting your entire mind to immerse in the virtual world is still a challenge.

For starters, users are still consuming most of today’s digital content on flat screens. Yes, dorky virtual reality headsets (VR) and augmented reality glasses have been around for years, but they always suffer from battery life issues.

Inevitably, they detract from the experience when they are too laden with a heavy power pack or need to be tethered to another machine.

Then there are issues with tricking the other senses into believing the virtual experience as real. Haptic feedback gear is still clunky and while there’s now a lickable screen that simulates real tastes, clearly the technology is not yet prime time.

To be sure, there have been some breakthroughs, for example, in the networks that are needed to transmit all this data in real time.

5G networks, already here today, will be fast and ubiquitous, transmitting all that metadata almost instantaneously so there’s no lag in what you’re seeing or sensing.

Then, there is research into making electronics small, soft and flexible enough to be easily packaged into, say, contact lenses, so you may just do away with the huge VR headgear in future.

Obviously, we are still some way from simply jacking into the Matrix, like in the movies, by poking a steel spike into a receptacle in our heads. At least technically speaking, we are not there yet.

Yet, you’d imagine an entire planet of people hooked on social media and the cat videos, angst-ridden missives and fake news, will be ready for a brave new world that extracts and amplifies all their emotions online.

Meta, formerly the company known as Facebook, knows this. We, too, know this, from our own usage of social media.

Information has always been filtered through different media – word of mouth, the church, books, newspapers, TV, the Internet and now social media – so the metaverse is an extension of that mediated experience.

Yes, it’s true, some people still aren’t on any social media because of privacy concerns, perhaps, but ultimately what draws everyone into a future metaverse will be the interaction with others.

People are social animals and even during the worst times during the pandemic, we long to get closer to one another. Digitally, a connection can be a click away.

The pandemic, which has forced people to be physically apart for two years now, has taught us that a digital connection is often good enough, perhaps even better than interacting in person.

For better or worse, and whether we like it, we’ve already begun the journey into the virtual world with so much of today’s digital interactions. There’s no going back up the rabbit hole. 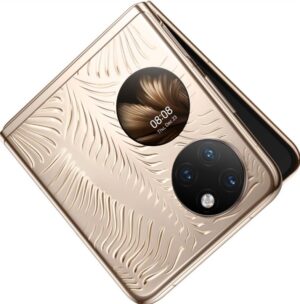 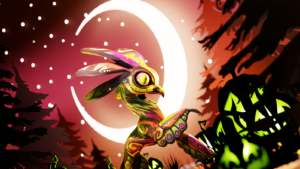