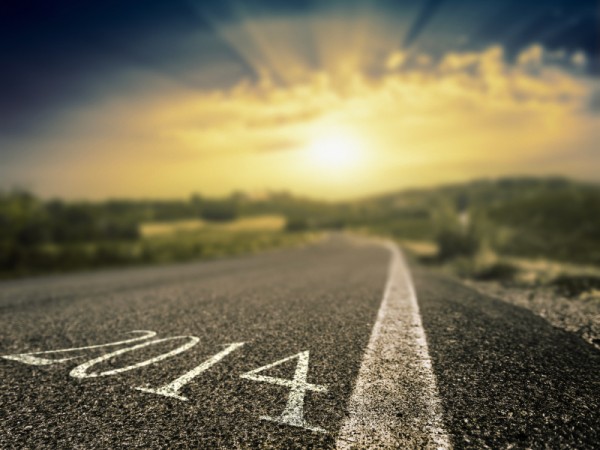 There are so many ways to look back at some of the technology and media news headlines in 2013, but perhaps the most practical one is to see how things can improve in the new year.

From the controversial last-minute changes to Singapore’s do-not-call list to the high-profile outages to the country’s telecom networks, 2013 has had its share of reminders that technology should improve things, not make life harder for its users.

1. Better consumer protection against phone spam
Last week’s changes to Singapore’s do-not-call registry, just days before it comes into effect on January 2, 2014, have made consumers very unhappy and disappointed.

The authorities have tried very hard in the past few days to persuade people that it has allowed only companies that have a relationship with consumers to get in touch, despite them already saying no to all marketing messages.

What it knows, for sure, is that this is a drastic reduction in the original scope of the data protection law passed last year. It was to let people easily say no to such annoying messages and calls (read our commentary).

So now, if you sign up for a credit card with a bank, it is taken as consent for it to send you unwanted messages on, say, its loans and other products. The same with a telecom operator or any organisation you have signed up a membership with. You have to say no to each and every one of them.

Will 2014 be different? Hopefully, consumers will remind the Personal Data Protection Commission what its role is, by identifying errant telemarketers and sending in complaints to ward off others.

Their only recourse is for the authorities to take stern action against these offenders. Without that, 2014 will still appear like open season for spammers, with little additional relief for the country’s phone users.

2. More resilience in critical networks
A week after the Infocomm Development Authority (IDA) handed out a record S$1.5 million fine to M1 for a January outage, a SingTel exchange in Bukit Panjang caught fire and brought down services ranging from home broadband to cashless payment terminals at shopping malls.

The October incident was the most serious of a number of increasingly severe disruptions in the past few years, since it affected not just SingTel users but customers of other telecom operators as well. It also called into question how resilient Singapore’s network infrastructure was.

To SingTel’s credit, it dispatched a large team of engineers to the spot to recover many of the connections within a day, while working hard to get the rest back online in the next few days. It later said a contractor had used an unauthorised blow torch.

The IDA has not released the findings to its own investigation. A fine is expected, but in 2014, users will hope that this serious incident will make both industry and regulator take the issue of resilience more seriously.

While it may not be feasible to duplicate so many links – while keeping prices low – it is possible to have stricter standards on recovering a situation. The key is being better prepared for serious outages, like the ones in 2013.

3. Beef up cyber defences
Speaking of outages, who can forget the websites of more than a dozen Singapore government agencies going down on a Saturday in November? From the police to the IDA’s own site, one by one, they became inaccessible as the country’s cyber defence team tried to beef up its security but ended up causing the sites to go down themselves.

It wasn’t all “self pwn”, of course, because the threat was real. A few days later, a hacker claiming to be part of Anonymous did manage to cause the Prime Minister Office’s website to suspend its search function, after using it to deface the home page. This came after The Straits Times and a PAP Community Foundation site were separately compromised, in a spate of online attacks.

Though the attacks have stopped, as suspects are being investigated, the incidents have raised questions again on how ready Singapore’s cyber defences are for a full-on cyber attack from an organised group. Rarely called into action, they showed varying degrees of preparedness.

None of the sites were deeply penetrated, and no user data was lost, but the case for securing critical cyber infrastructure cannot be overstated. Important too will be the need to train cyber security experts, who have deep technical knowledge of how systems and networks run.

News of client data being stolen from Standard Chartered bank in Singapore should remind those on the virtual front lines that 2014 is going to be another year of constant vigilance, especially after the highly visible threats in 2013.

4. See the content, not the “platform”
The past 12 months will also be remembered for what happened to the Breakfast Network, a news blog that was asked to register formally by the authorities late in the year. Eventually, it decided not to and closed its website.

Much of the discussion afterwards has centred on new versus traditional media, each with its political leanings. Not all observers realise that the authorities were likely guided by a high-power media convergence panel set up in 2012, which recommended that new and traditional media be placed on a level playing field.

This, unfortunately, ignores what many media consumers like to see more in Singapore – more varied opinions, more angles of a story and more scrutiny of what’s reported in the mainstream media.

They feel that rather than “levelling up”, new media practitioners are being asked to “level down” to the highly-regulated mainstream media (see the Newspaper and Printing Presses Act in Singapore’s statutes).

Can there be a best of both worlds? Sure, but only if the audience takes a harder look at the news and information presented, online or on any medium. How real is a story? How is the information collected? Why has a certain angle been selected by the writer and what bias does he or she have? Should I start sharing it before checking other sources?

These are questions that media consumers have to ask, because only they themselves can determine how media literate they are by reading and questioning more. In 2014, they should ask for “good” media, rather than being hung up about a new or old format.

More content from anywhere
2013 has also been a critical year for pay-TV in Singapore. Now that live football, that most prized TV content, can be shown on both SingTel and StarHub, there should not be any question about other content that were once exclusive to one TV operator here.

In the new year, viewers should expect both operators to sign up more programmes to their lineup as the old exclusive deals expire.

More importantly, there are also a lot more choices online. Through their broadband offerings, Viewqwest and MyRepublic both offer easy access to overseas online content, such as Netflix in the United States, that can offer so much more than a local TV subscription.

The same for music. In 2013, Spotify came to Singapore, offering millions of songs for a set fee of S$9.90 a month, or free, if you are listening on a mobile device. There are others such as Deezer that have come to Singapore with such buffet-style content deals.

In 2014, streaming will be seen by more users as a perfect companion for their speedy broadband links at home and on the go. Hopefully, more content creators, such as Radiohead’s Thom Yorke, will get that affordable, convenient access to content is what users really want.

Disclosure: the writer was a contributor to the Breakfast Network website. 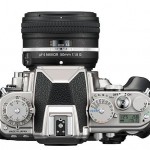 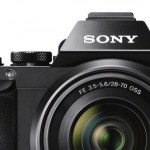 What’s up in digital photography in 2014?
Leave a comment