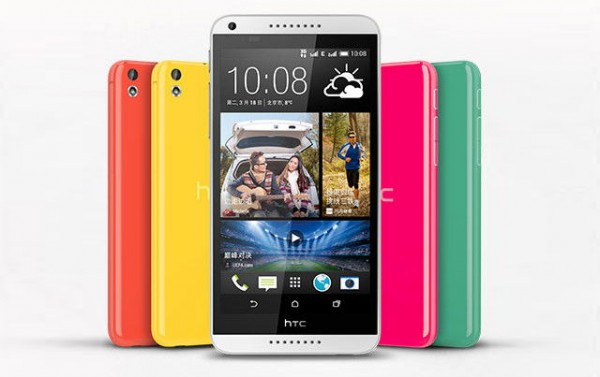 When it comes to budget phones, a large 5.5-inch screen isn’t usually the first thing you’d expect. That changes, however, with the HTC Desire 816, the Taiwanese company’s answer to phablet fans who are on a tight budget.

The new phone’s large screen offering 720p resolution is the first thing that catches the eye. It is just about right too for reading on the train without the hassle of fighting a crowd with a large tablet.

Fonts are well-defined enough for me to read through my e-books and online PDF magazines with ease. Colour photos are presented beautifully on screen with vivid, “contrasty” images.

Powering the phone is the Qualcomm Snapdragon 400 quad-core chip running at 1.6GHz. It also has 1.5GB of memory. That’s certainly not the same hardware on top-end models armed with the faster Snapdragon 800 processors or 1080p screens. 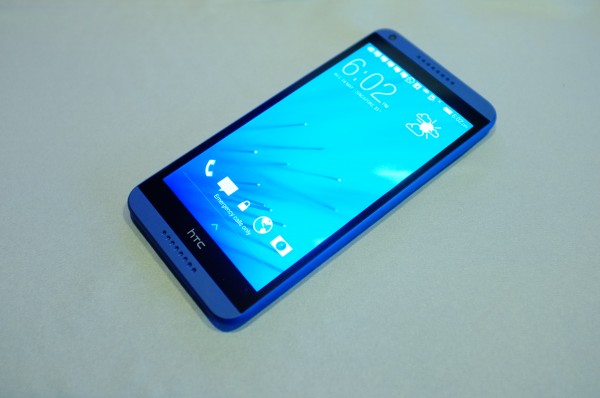 Certainly a looker even without the metal casing. The dual front facing speakers caught my eye especially when it is a budget phone.

Yet, in actual use, the Desire 816 performs well. Apps load up pretty quickly and there is no noticeable lag while navigating around the phone.

For me, the HTC phone’s standout feature has to be the front facing stereo speakers. Seen in the flagship HTC One last year and this year’s model as well, it is a nice surprise to be included on the budget Desire 816. It certainly helps to have sound coming through loud and clear from the front while watching movies on the huge screen.

Snapshooters won’t have anything to complain about either. The budget phone doesn’t do too badly with both its cameras – the main 13-megapixel f/2.2 shooter and the 5-meg alternative which would do well for selfies.

The Desire 816 also comes with 8GB storage on board and it supports microSD cards of up to 128GB, which is more than enough storage space for pictures coming from trigger happy shooters. 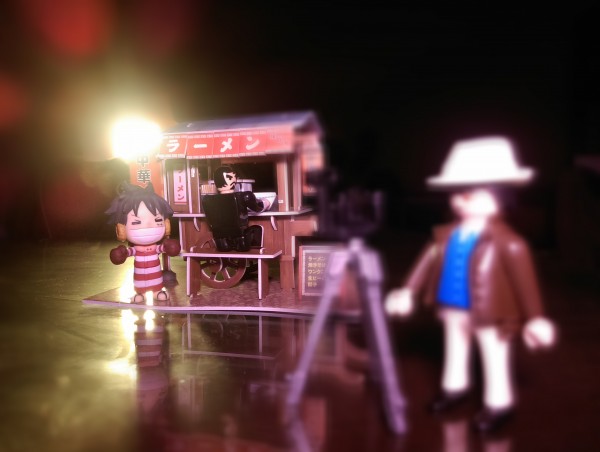 I deliberately shot this in a darkened room with two LED lights in yellow gels simulating street lighting. The HTC Desire 816 is able to capture this macro shot well at f/2.2 at the shutter speed of 1/14 with ISO setting of 500.

Another bugbear of smartphones is the short battery life. During my tests, the Desire 816 running on Android 4.4 KitKat survived without recharging even after a full day of moderate use on its 2,600mAh battery. Are we seeing a new era of phones that would make power packs obsolete? That is certainly a development worth celebrating. 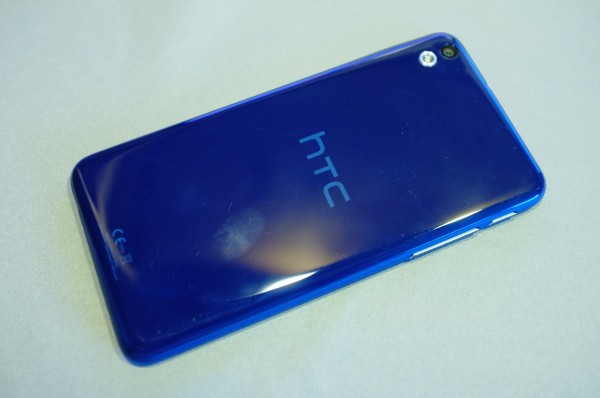 If the whole casing is the same as the matte surface applied for the edges of the phone, the HTC Desire wouldn’t be a fingerprints and scratches magnet and it made the phone looked worse than it should. Granted that it is a budget phone but with HTC’s experience in manufacturing materials, shiny plastic shouldn’t be considered at all.

The budget phone is encased in mirror and matte finished plastic which is solid to the touch. The choice of using shiny surface for the back cover, however, often results in unsightly fingerprints and minute scratches being left on the phone at the end of the day. To overcome this, you might need an optional phone case.

The Desire 816 is evidence that the budget segment is heating up. These smartphones are becoming viable alternatives to higher-end models, because they can perform well without additional features such as fingerprint scanning or heartbeat monitoring, which suck up computing resources and battery.

To some users, making do without the “superfluous” features is a blessing. The question to be asked is whether the additional features on higher end phones are worth the extra premium.

What works for the Desire 816 is that despite being lesser endowed, it has inherited some great features from high-end HTC models. These include the front-facing speaker and a new, sleeker HTC Sense, which make the phone a good buy at an attractive S$498.

If you find that too steep, there’s also a S$398 Desire 610. This smaller sibling of Desire 816 comes with a smaller 4.7-inch screen and a less powerful 1.2GHz Snapdragon 400 processor.

The competition is not sitting idle either. Consider the Asus Zenfone 6 with its 6-inch screen and dual 3G SIM card slot and the Xiaomi Redmi Note, both slated to come into the fray in the near future.

Question is whether you can wait for the next big budget phone, or go with what’s already attractive and here, in the shape of the Desire 816?