If you fancy a laptop that connects to the Net all the time via a mobile link, you could get your wish by the end of 2019, when Intel predicts the first 5G-connected PCs would appear.

The chipmaker is working with Dell, HP, Lenovo and Microsoft to build its XMM 8000 series of commercial modems into the PC markers’ machines, it revealed today.

Concepts of these 5G-connected PCs will be on show at the Mobile World Congress event at Barcelona this week. They will feature current eighth-generation Core i5 chips.

The promise is not just much faster downloads – hundreds of megabytes can be downloaded in seconds – but also the always-on connectivity that is already common on smartphones and tablets.

Notably, this isn’t the first time Intel is trying add such a wireless link to PCs. After the success of embedding Wi-Fi chips in laptops in the 2000s, it had tried to push for another wireless technology – WiMax – to be built into PCs.

That effort didn’t succeed as well, partly because there were not enough WiMax operators, such as Malaysia’s PacketOne, to boost global demand.

And with mobile connectivity, there have been few PC makers that have built in 3G or 4G modems over the years. Notably, the likes of Fujitsu are not the big-volume PC makers to drive that.

That’s why it’s significant that Intel has brought together some of the top PC makers today. This means a much higher chance of success, especially if you have a nifty Surface Pro or Thinkpad that sports an ultra-fast 5G link.

Crucially, Intel will also need the help of telecom operators, whose mobile service will determine how great the experience is. With the 5G standards finally fixed late last year, telcos are set to roll out services across the world, starting this year and the next.

Interestingly, Intel’s 5G modems are built to support eSIMs or embedded SIMs. So, instead of the SIM card that everyone is used to, these built-in SIMs will enable users to connect up, out of the box, to a telco that supports the technology.

Again, much hinges on how much the telecom industry wants this to work. That is determined by how much users want the technology.

Could PCs, instead of phones and tablets, be the devices that fully make use of the faster bandwidth? Intel certainly hopes so. 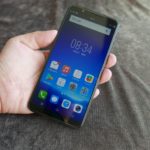 Hands on: Vivo V7+ sports a decent design but is let down by drab screen
Next Article 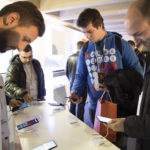