On a recent trip to Japan, I visited the mountain resort town of Karuizawa, about an hour’s train journey from Tokyo. One of the most scenic spot in this small resort is the Kumobaike Pond.

Autumn was coming to an end in November, the trees around the Kumobaike Pond have almost shed all its leaves. It was a scenic image burnt into my mind and I have it too as a photo, captured by the iPhone XS Max: the foliage and the blue sky, beautifully reflected on the pond’s mirror like surface.

The shot is incredibly natural with impressive colours and good details, it wowed my friends when I showed it to them.

That’s one reason why I like the iPhone XS Max. I had become a good photographer because of it. Camera settings are quite intuitive, easy to use. The camera also shoots photos fast.

The new Smart HDR improves on the standard “HDR” on the iPhone X. This improves shots with high contrast, ensuring all areas of an image are well-lit and detailed.

There are now two zoom levels. Tap on the “1x” icon on the screen to get closer to the subject of the image without negatively effecting quality.

In portrait mode which lets you blur the background, shots can be adjusted after they have been taken. Go to the photo, tap on “edit” and a slider appears at the bottom.

Slide it to adjust the level of the background blur. Called Depth Control, it is a feature not new to camera phones, but it is the first time Apple has included it in its smartphones.

In Singapore, I had visited the aquarium in Sentosa which is home to more than 100,000 marine animals of over 1,000 species. Previous photos of aquarium fish shot elsewhere had always caught shadows of people and cameras, the result of the reflection from the glass and lighting.

Maybe it was the experience which taught me to be more careful but I am sure the phone helped. I had excellent shots, with no reflection, of jelly fish, sea horses, and other marine life.

Just like the iPhone X, the XS Max has the same dual-camera system: a 12-megapixel standard lens with f/1.8 aperture, a 12-megapixel telephoto lens with a f/2.4 aperture. There is also optical image stabilisation. The image sensor is also larger which assists with better low-light snaps.

For photographers who want to tweak their shots, the “For You” feature on the Photos app on the phone has become more useful. It now suggests effects to spruce up your photos, even ones taken a year ago, with different features like making it look better with studio lighting.

In other features, I like that Face ID has been integrated into some apps from telcos and banks. It is convenient and does make for a more secure way of signing into my account. The new iPhone supports dual SIM as well.

With a larger screen, there is more space to display different applications. Games and videos would benefit from this. But I appreciate that in landscape mode, I can the Calendar and Message apps open side by side. Turn the phone into landscape mode to get this split view which is a good productivity feature.

Apple embedded AI technology with this microprocessor in the XS. It has a six-core CPU and a quad-core GPU, with a separate eight-core processor dedicated to monitoring machine learning processes.

It is dubbed the Neural Engine, its main job is to keep track of which resources on the new iPhone, are best suited to support whatever I am doing as well as lend additional processing power where needed.

I can attest to it. Moving from one app to the next is instantaneous, there is no lag at all. Zooming in of text, photos, maps are done quickly. Navigation is slick and smooth.

Battery life is good. The phone is “up” from 6am. When it returns to the charging pad at about 11pm, it still has about 30 per cent of juice left. In the last two months, I have used it as an Internet hotspot with no visible loss in battery life.

At first glance, the iPhone XS Max is a big phone like the iPhone 8 Plus. In reality, it is a mite smaller with a much larger display of 6.5 inches versus 5.5 inches.

But it’s thinner at just 7.7mm. It is all screen because there is hardly any screen bezel. It is the biggest smartphone Apple has made. It does feels chunky in both hand and pocket.

The steel frame and the new formulation of glass on the front and rear indicate a premium look and feel. It sports an OLED panel which gives the Super Retina HD display a bright and colorful 2,688 x 1,242 resolution. This brilliant display also contributes to clear sharp text and vivid photos.

It supports wireless charging which is excellent. When travelling I use the regular cable because it is just too cumbersome to pack the charging pad.

Siri is very much alive. You hold the power/lock key down to bring it up but I rarely use it. It still doesn’t feel natural for me to “tell” the phone what to do.

The iPhone XS Max was one of three smartphones Apple unveiled in September. The other two are the XS which was available shortly after announcement while the XR hit the market at the end of October.

The iPhone XS retains the familiar design of the iPhone X, including a 5.8-inch OLED display and stainless-steel sides. Like the XS Max, the XS comes with silver, space grey and gold.

Its features are similar except that it is in smaller form factor. For me, it is easier to carry around because I can slip it into the jeans pocket. There is really little to separate the two models.

Being smaller means you can reach all the apps on the screen with one hand. But it is not a big issue with me to use two hands with the XS Max, one to hold the phone, the other to select the apps.

Little things can be annoying, though. There is no landscape mode on XS which means if I want to view video I can’t flip the screen to get extra real estate.

The iPhone XR sports a LCD display instead of an OLED panel. It is minus the dual camera and the camera’s portrait mode is also limited at the moment.

However, photos still appear brilliant because it has its own software-aided portrait mode that simulates low depth-of-field, bokeh effects.

It has a nice and bigger screen than the XS, 6.1 versus 5.8 inches. Available in a wider array of colours like yellow and blue, it looks more of a fun phone. It has a significantly longer battery life.

At 11pm when it is being charged for the next day, I still have about 40 per cent juice left for the same usage pattern. And I don’t charge it at all during the day.

Fast and powerful, it also has Face ID and supports wireless charging. And yes, it has the same world-beating A12 Bionic chip. It doesn’t look as “premium” as the XS Max and XS but it is still more than respectable.

Let’s talk about the elephant in the room. Yes, ouch, the price of the iPhone XS Max hurts. It is Apple’s most expensive phone, with prices starting at S$1,799.

But after using the iPhone XS Max for three months, I would say it is Apple’s best iPhone yet. Well-made, distinguished looking, fast and powerful, good battery life and of course, an excellent camera.

I can forgive the price – have to compromise – the chunkiness in hand and pocket. If there’s spare cash left to spend, then you should spring for the iPhone XS Max – it is the dream iPhone.

If you are upgrading from the iPhone X, then the XS is a step up with better power. But it is the iPhone XR that provides the best utility. It is a good phone and an all all-rounder.

The iPhone XR delivers the same results with a smaller impact on the pocket. Despite the fact that it has only a single lens for the main camera, it is not a deal breaker. It is the best-value iPhone today.

CORRECTION at 23/01/2019, 12:40am SGT: An earlier version of the article incorrectly stated that only the iPhone XS Max has 512GB of storage. The iPhone XS now offers 512GB as well. The article also stated that the dual SIM feature is not supported in Singapore. This is incorrect. The new iPhones now support this feature.We are sorry for the errors. 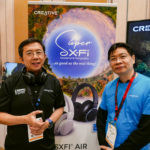 Creative to sell “cut and paste” SXFI chip to headphone, smartphone makers in 2019
Next Article 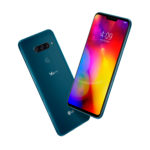 Late to the game, LG V40 ThinQ finally out in Singapore on Jan 26
Leave a comment