Shutterbugs who are interested in Canon’s latest mirrorless cameras but feel that last year’s EOS R was too costly will find the new EOS RP more wallet-friendly.

The older EOS R is certainly a good camera for the most part but it can be frustrating to use at times, as I found during my review. So, the big question for me was whether Canon has improved the EOS RP.

Out for pre-order now in Singapore, the new camera is built more for the beginner in mind, unlike the enthusiast-level EOS R. In other words, professionals who find the EOS R wanting will not be easily convinced by the EOS RP.

Having said that, the EOS RP is not exactly a bad camera. The camera is well put together and has a solid feel despite just weighing in at 485g. It handles better than the plasticky 760D beginner DSLR camera and is comparable in some ways to the Canon 6D full frame sensor DSLR.

Size-wise, the EOS RP is smaller than the EOS R. However, with the deep and tall hand grip, I was able to hold the camera without using the optional
EG-1 extension grip.

Like the EOS R, all the buttons and dials are on the right side of the camera except for the on/off switch. Operating this camera with your right hand alone is pretty easy after you switch on the camera.

With a 26.2-megapixel, full-frame sensor and the latest Digic 8 processor, the EOS RP is no slouch in the performance department. Canon boasts that it is able to focus in the dark with the help of only a tealight candle. That’s something I hope to try out more of.

Focusing is important too, of course. The new Canon shooter can find a subject’s face to focus on plus also track the location of the eye, even when the subject is moving. This is thanks to a Dual Pixel AF feature.

I do not have much to complain about the 2.36-million-dot OLED colour electronic viewfinder. Clear and easily viewable, it makes framing your shots an effortless and comfortable task.

What has piqued my interest more is the low-light, low-ISO noise feature at ISO 40000. It will allow me to use a faster shutter speed in low-light situations without compromising image quality. This is definitely something to test during night shots.

If you are into sports and wildlife photography, the EOS RP is unfortunately not the ideal camera. Its maximum continuous capture of only 5 frames per second is very low, especially for a mirrorless camera.

There are a number of other notable changes. The new camera has done away with the EOS R’s multi-function bar and added a new mode called the ‘Fv’ or Flexible AE.

Using the Fv mode is simple enough. You can switch different modes, say, from Aperture to Shutter using the rear dial and change the individual settings with the front dial. I still prefer the “traditional” way of changing my settings using the A, S and M modes as it is faster than the Fv mode.

The EOS RP has a new function called the Focus Bracketing. As the name suggests, the camera takes a series of photos at different focusing distance so as to ensure the focus will not be missed.

These photos can also be combined using a technique called focus stacking to achieve sharpness throughout the frame. This is useful for those who love to shoot subjects such as flowers and insects in macro mode.

The downside of the Focus Bracketing feature is that you have to use external software such as Adobe Lightroom or Canon’s own Digital Photo Professional to stack the images into one single photo. I would have preferred the stacking being done in-camera so I can share the photos quickly without looking for my PC.

Doing a proper focus stacking sequence requires the use of a tripod, more so with the EOS RP since it does not have in-camera stabilisation that rivals such as the Sony Alpha 7 Mark III and Nikon Z6 have.

That said, this can easily be overcome by using higher shutter speed to ensure that the effects of the camera-shake and the subject movement are controlled.

Despite these issues, the EOS RP still impresses with its performance, going by a short tryout I had earlier this week. I shot various objects from food to portraiture during the Canon event using the excellent RF 24-105mm f4L lens and the pictures were good.

My favourite was the RF35mm f1.8 macro lens that is built for street photography but is able to close-focus for dramatic macro shots. Unfortunately, the images cannot be shared now so do wait for our full review.

For those who are into video capture, the EOS RP has the same rotating vari-angle 3-inch LCD touchscreen so that you can view yourself while filming.

It has both 3.5mm microphone and headphone jacks to monitor your video and sound recording. You can also record 4K videos in 24p or 25p at 8 bit 4:2:2 resolution which is good enough for most consumers.

In some ways, the EOS RP shares the same issues as the EOS R. The lenses, especially the 28-70mm f2 and the 24-105mm f4 L kit lens do produce fantastic images but they also create a front-heavy camera.

I find myself holding on to the camera by supporting the lenses with my left hand, rather than using both my hands to prop the camera up for stable shooting.

Even though the EOS R has a higher megapixel count at 30.3 megapixels and a sharper EVF with 3.69 million dots, I felt that the trade-off in performance is worth it for the lower S$1,999 price of the EOS RP (camera body alone).

That’s S$1,400 off the S$3,399 of the more expensive model, which you can use to buy better lenses. Those are just as important, remember, for a great photo.

I still prefer having a RF35mm f1.8 bundle that would be great companion for travel, street, portrait, food and macro photography but unfortunately, that’s not available for pre-order.

Canon certainly has a lot of competition to contend with when it comes to convincing users to adopt its new R series cameras. Panasonic’s upcoming S1/S1R come to mind, for example, for consumers who want an all-in-one shooter for both stills and videos.

What about existing Canon owners? The EOS RP will appeal if you’ve been shooting stills with older Canon EF lenses but want to try out a mirrorless shooter.

Snapping on an EF-EOS R Mount adapter lets you continue using your existing lenses on a camera body that is a lot more affordable than the earlier EOS R. 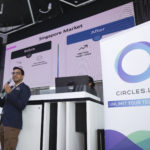 Circles.Life comes up with unlimited mobile data plan at S$48 a month
Next Article 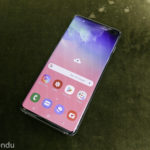