Oppo’s Reno6 Pro 5G has been a flagship-level phone that many users have been anticipating, thanks to the company’s knack of delivering solid devices without the stratospheric prices that Samsung and Apple ask for.

At first glance, the new Oppo phone reminds me of older Samsung flagships that sport a curved screen and camera bump at the back.

Under a strong light, the phone’s back glisters beautifully, so in terms of looks, this is an attractive one. The matte surface is not only easy on the eyes but also prevents fingerprint smudges, a pain for me.

This is one phone I can use without a cover and it still looks clean at the end of the day. The light 177g phone and 7.6mm thin profile make it easier for me to bring around too.

What I have more of an issue with is Oppo’s choice of processor. The Chinese manufacturer has once again relied on MediaTek’s Dimensity chip in the new phone, despite a spotty record with similar chips in the earlier Reno5 Pro.

This time round, Oppo has turned to the newer Dimensity 1200+ chip in the Reno6 Pro 5G. This is where it offers a somewhat mixed bag of results.

On synthetic tests such as PCMark and Geekbench, the new phone’s Dimensity 1200+ chip shows better performance than last year’s Dimensity 1000+.

However, it pales in comparison with what you find on some rival phones, including those using the year-old Qualcomm Snapdragon 865.

To its credit, the Oppo Reno6 5G does well in the 3D Mark test (4,163). Here, it is ahead of its rivals including those running the Qualcomm chip, for example.

This may help the Reno6, which is aimed at the youth market. Having a high score for gaming is the correct strategy.

Of course, the processor is one part of the package. The new Oppo phone’s quick 90Hz refresh rate on a 6.5-inch FHD+ OLED screen and handy 12GB of RAM help to make the phone feel zippy as well.

The large 256GB of storage space and a fast charging 4500mAh battery in the phone also make the specs list on the Reno6 Pro look decent.

During my tests, I found the Reno6 Pro capable of shooting well exposed images especially when it came to taking selfies.

The front-facing camera has improved to the point that the “beautification” effects applied to my selfie not only looks good but also looks real too.

What about the main cameras at the back? Again, this is an area for improvement for Oppo.

It is a pity that, on closer inspection, the image file sizes are quite small, which means you can’t pack in as much detail.

The ultrawide-angle and macro shots are a mere 2MB on average because of the smaller sensors.

For larger file images, you will have to allow the camera to use the sensor’s full resolution to create 10MB image files but that’s only in auto mode. For some reason, I could not activate the 64MP option in ‘Expert’ Mode.

Even though the camera could take higher-resolution images under the ‘Extra HD’ mode, the file size increases only moderately. Plus, this is only available for the main camera.

An option to shoot using the larger RAW file format could have helped here, to be sure. Adding to the camera’s woes is a lack of a proper optical zoom. This means the image quality of the zoom images are just about passable.

The Oppo’s video camera can work for the most parts and with the AI Highlight Video mode helps with proper exposure, which is a boon.

Costing S$949, the new Oppo phone is not the most expensive in the market but the company’s use of the slower Dimensity chip may cause consumers to look elsewhere for a Snapdragon-based rival.

If the Dimensity chip does not bother you and you do want a capable camera system for selfies, the Oppo Reno6 Pro may merit some consideration. 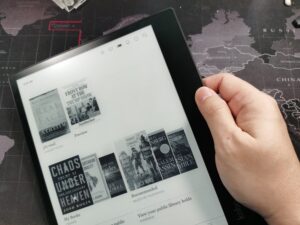 Hands on: Kobo Elipsa
Next Article 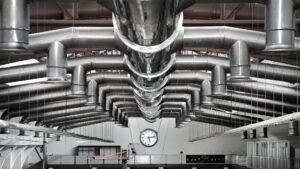