After introducing the Sony Alpha 7R Mark IV way back in 2019, it was just a matter of time that the less expensive Sony Alpha 7 Mark IV made its debut. Last week, it did in Singapore.

For the most part, the mirrorless camera’s physical aspect has changed little. The grip and girth of the camera make it comfortable to hold while allowing my thumbs and index finger to access nearly all the buttons and dials around the camera. There are also more customisable buttons to fit your needs.

On the body, there is now a new mode selector that gives you quick access to the photo, video and S&Q (Slow and Quick) modes. This addition is great but it would be better off without a lock that needlessly slows down the user.

The new camera also allows two types of memory cards to be used for the first slot – CFExpress Type A card for large 4K 10 bit 4:2:2 video files and the relatively cheaper UHS-II compliant SD card. I can easily save large RAW files in with the CFExpress card in slot 1 and back it up with duplicated HEIF/JPEG files in slot 2.

In the two years since the Alpha 7R Mark IV, Sony has launched a few camera bodies, most notably the Sony Alpha 1 that has one of the fastest, if not the fastest, autofocus (AF) systems.

The new Alpha 7 Mark IV has inherited the AF system and it performed well during my tests with it. There are now 759 phase-detection AF points that cover 94 per cent of the frame. This means the camera quickly achieves autofocus on the eyes, even though your subject may be masked.

To be sure, the AF isn’t perfect. For example, during my test shots with Sony, the camera lost focus when capturing a bartender who shared the frame with some wine glasses in the foreground. Some quick adjustments to the AF settings and, fortuitously, the problem went away.

It goes to show AF systems are not exactly foolproof, but Sony makes it easy to get things right quickly. This is thanks to its new, easy-to-navigate menu system.

During my quick test drive, there were also no blackouts when using both the rear screen and the viewfinder, even when shooting at a brisk 10 frames per second. This meant I could follow my subject throughout an action sequence.

On the whole, the Sony Alpha 7 Mark IV has done its best to “get out of the way” and allow me to shoot with little worry. When a camera does not frustrate you during a shoot, it is easier to get the images that you want.

Image quality is something that Sony Alpha 7 cameras have excelled in and the images from the Alpha 7 Mark IV are great, as expected.

Its 33-megapixel full-frame Exmor R CMOS sensor does its job here to capture detail. Images are sharp and the colours vibrant, thanks to the 24-70mm f2.8 G Master lens that I used during the tests.

The colours, and most notably the skin tones, are more natural even when shooting in artificial lighting.

One interesting new feature on the Alpha 7 Mark IV is called Breathing Compensation. It minimises the jarring effect called ‘Focus Breathing’ where the video clip looks like it has zoomed in or out when the focus changes. Unfortunately, the feature only works with some lenses so do check the list.

Then again, the Alpha 7 Mark IV is now considered a professional camera and the price tag is matching the capabilities it brings to the field. 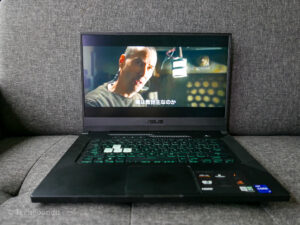 Hands on: Asus TUF Dash F15 (FX516P) is an understated but attractive gaming laptop
Next Article 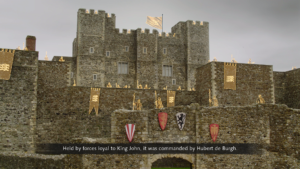