Despite the many promises, one of the most frustrating things about setting up a smart home today is that the smart devices, from an air-conditioner to an audio speaker, do not speak to each other. The problem: A lack of interoperability.

Enter Matter, an up-and-coming interoperable smart home standard that is tentatively due Fall 2022. A development led by Google, Amazon, Apple, Samsung (and others among its more than 400 partners), the standard looks set to be the first to possibly succeed at making the (really) fragmented smart home ecosystems and its disparate devices play nice with each other.

For the longest time, device makers have made their own smart products and the hubs that enable them to be controlled.

A hub is necessary because smart devices often do not communicate via Wi-Fi, a familiar wireless connectivity standard used for day-to-day internet services. Wi-Fi consumes too much energy for low-energy smart device applications. Nobody would want to change the batteries to an IR blaster every few days, for instance.

Bluetooth Low Energy is energy efficient, but generally thought to be not reliable enough due to its shorter communicative distance, and prone to interference due to its use of the congested 2.4GHz frequency band.

Most smart devices operate on the Zigbee or Z-Wave standard. Both are designed for home automation, are highly reliable and low in power use.

Z-Wave is a proprietary standard operating on a sub-gigahertz (thus, a longer-ranged and less disrupted) band, backed and licensed by a private company. Devices adopting the standard are tested to be interoperable.

Zigbee, on the other hand, is backed by the open-source Zigbee Alliance (now rebranded as the Connectivity Standards Alliance (CSA), which is also scaffolding the Matter standard). There are many more ZigBee devices as a result, but only devices adopting the full Zigbee Home Automation standard will work with each other.

While devices on both platforms “hop” between each other to communicate, they generally require a hub to coordinate the communications. Hubs also add centralised Wi-Fi support to enable users to control devices through, say, a dedicated app.

For instance, the Philips (now called Signify) Hue light bulbs work with the Hue Bridge, a hub that communicates between the bulb(s) and user, so he or she may control multiple lights through the Philips Hue app.

Because device makers generally design their own hubs and apps; can derivate from the Zigbee standard (certification is voluntary); and that there are ultimately two competing networking standards, having one app and hub that can control all smart devices from different brands is often a pipe dream.

The Tuya (a Zigbee/Wi-Fi-based Chinese smart home “platform” which OEMs are free to adopt) app is very unlikely to work with every feature on Xiaomi/Aqara products, if it did at all. Heck, Xiaomi devices made for the mainland Chinese market probably may not always play nicely with a Xiaomi hub meant for devices sold in Singapore.

Voice-controlled, smart home platforms are one way for weary users to attempt to centralise the control of smart devices from different makers. There are three main players – Amazon Alexa, Google Home, and Apple HomeKit.

If things are already complicated with the hardware makers, one can only imagine the picture with an ecosystem layer on top.

First, the device has a choice whether to support one or more of the platforms (be it Alexa, HomeKit or Google Home). To be fair, devices that state support for a given platform can generally be added onto Google Home, Apple’s Home, or Amazon’s Alexa app.

Even then, one should expect to troubleshoot missing features and other integrative hassles before finally unlocking the full suite of controls through the app, provided it is actually possible to do so.

Matter serves as a unified top-layer application protocol for smart devices to work together. To make the standard easier to adopt and not create another incompatible framework, the application layer relies on existing communication standards such as Wi-Fi, ethernet, Bluetooth Low Energy, and a relatively less-used standard known as Thread.

Matter devices pass messages to and from each other using the commonly used Internet Protocol (IP). This does not mean all Matter devices require an Internet connection – they simply operate on the same proven IP framework. In a way, Matter devices can directly communicate with each other via Wi-Fi, Bluetooth LE, and/or Thread because of the adoption of IP.

Unlike Zigbee and Z-Wave deployments that rely on a hub to centralise communications, Matter implementations expect its wall-powered devices – and thus with the power headroom to support Wi-Fi communications – to serve as “border routers” that interface between users, non-Matter, and Matter devices. This is made possible with Thread.

Thread is a low-power, middle-layer mesh networking protocol that enables Matter devices to talk to each other directly. It takes what is essentially a Zigbee hardware protocol and adds the above-mentioned IP software stack on it. This allows Thread devices to communicate directly over IP without a hub.

Given the scale of the endeavour, Matter’s launch has been delayed multiple times. The project was originally incepted as Project CHIP (Connected Home over IP) in late-2019, with planned releases to follow a year after.

This was then delayed to sometime in 2021, then mid-2022. The latest update is that the software development kit (or SDK) for device manufacturers to integrate their products into the Matter ecosystem will be due before the year is out.

The confidence in Matter comes from CSA’s membership of device makers, and its backing by major smart home ecosystem players.

More than 130 devices representing 15 device and sensor types from more than 50 member companies are undergoing validation as of March 2022, and likely to be among the first devices to support Matter when it launches.

Matter is providing a basic level of interoperability by offering a maker-agnostic application layer. Adding a Matter-certified device to one’s home should be straightforward as long as there is a Matter controller (acting as a border router) present.

What it does not guarantee, however, is you do not have to dive into the manufacturer’s app to use certain features. This may happen if Amazon, Google, Apple (or any controller maker in question) chooses not to support certain Matter device categories in their smart displays, speakers, or devices serving as controllers.

For all the talk about Matter relying on existing standards, Thread is also ultimately much more nascent in use as a connected home networking standard, when compared to Zigbee and Z-Wave.

Device makers can quickly get existing Zigbee hubs upgraded to support Thread and Matter, or launch powered smart devices serving as Matter controllers (like a smart TV). After all, this will help sell more devices.

However, nothing in Matter’s standard compels makers to bring it to existing sensors and switches. It will take time for Thread-based solutions to proliferate, and it will not be surprising if someone with an existing setup has to refresh the switches and sensors at home to benefit from the standard eventually.

Nevertheless, the adoption commitment from the broadest base of smart device manufacturers thus far should mean less painful setup and amalgamation of smart device controls than what is happening.

CSA is an alliance of mostly Western players. The development of Thread began from Nest, a United States firm subsequently acquired by Google. Three of the platform giants spearheading Matter are American. Nineteen of the 25 CSA promoters are from Europe and the US, of which 10 are from the US alone.

While the above may reflect the Anglocentrism in terms of the largest players in the smart home market, Asian consumers have the option of solid (and frequently cheaper) lighting, sensor, and switch alternatives.

They include the likes of Aqara/Xiaomi Mi Home, Broadlink, Switchbot, Yeelight, and smart locks from local brands like igloohome. Their products are easily available from online shopping merchants in Singapore and the region. Not all of them are CSA members, even if some intend to support the standard.

The elephant in the room here is Tuya. It is functionally already a platform for OEMs to design their smart products for. There are Singaporean brands like Near making products that work with the Tuya Smart Life app, for example.

Tuya is one of the promoters of Matter, but that may seem at odds with its role as a cloud platform for smart devices and its makers. This is especially when Matter purports to encourage direct communication between devices via IP instead of going through the cloud.

How things will pan out will very likely depend on whether the OEMs targeting Asian markets pivot towards Matter. In other words, another race towards adoption.

Ultimately, Matter has a lot to prove with its launch. The 150 or so devices on test are undergoing specification validation events (the standard itself is being tested as devices try to comply to it).

The proof of the Matter pudding will only be material in its eating. This is especially for consumers in Asia, where the best smart options can be peripheral to the Matter effort (even with CSA Member Group China).

Nevertheless, if you are on the lookout for smart home solutions, now may be a better time than before to adopt a wait-and-see approach to the crop of Matter-certified, Thread-based products that are expected to hit the market when the standard is ready. 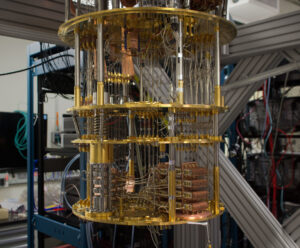 Singapore to pool resources for quantum computing, engineering
Next Article 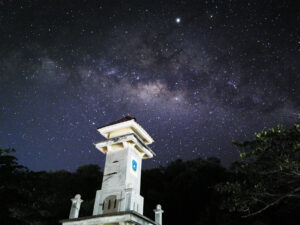