After months of speculation, Google finally released a low-cost 7-inch tablet today that will pack some serious hardware for an attractive US$199 (S$254), when it ships in the United States and three other countries in mid-July.

The Nexus 7 will come with a 1,280 x 800 IPS (in-plane switching) screen, which is one of the sharpest for a display of its size. Also onboard: a quad-core Nvidia Tegra 3 chip, near-field communications and a 1.2-meg front camera.

The light 340-gram tablet will run the new Android 4.1 operating system, also known as Jelly Bean, and be available in 8GB and 16GB configurations when it comes to storage.

Made by Asus, it will cost the same as the Android-based Kindle tablet from Amazon. Like its rival, it is aiming to attract users with its low price and to recoup some of that cost with purchases over Google’s Play store for apps, books, music and movies.

Indeed, with its high-end hardware, seen on much more expensive tablets, the Nexus 7 could just wipe the floor with other Android devices like the Samsung Galaxy Tab 7.7 and also chip at Apple’s iPad lead.

The Nexus 7 will ship in the United States, Britain, Australia and Canada in mid-July, but there’s no word yet on when it’d be in Singapore. 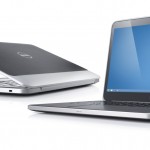 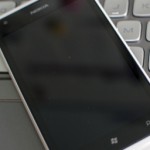