When SingTel’s mio TV website said this weekend that “it’s all here”, it wasn’t an empty boast.

Its pay-TV subscribers can now sign up for National Geographic, Star World and a range of other educational and entertainment channels that were once the exclusive property of cable rival StarHub.

Five years after the pay-TV market opened up in Singapore, SingTel finally got its hands on the cherished channels through a deal with Fox International Channels, which had previously struck only exclusive deals with StarHub.

For football fans, it means they no longer need two set-top boxes to watch football on SingTel’s mio TV box while switching over to StarHub to view National Geographic programmes. Indeed, all couch potatoes in Singapore should welcome the news that there would no longer be so many exclusive deals to tie them down to one operator.

When the Fox channels start being available on SingTel’s mio TV set top boxes in October, they will help roll back years of ruinous competition for exclusive content that has resulted in higher prices and inconvenience for consumers in Singapore.

SingTel’s deal is possible largely because of tougher laws that the government regulator pushed through in recent years. These so-called “cross carriage” rules mean that an operator’s pay-TV content has to be shown on a rival’s set-top box as long as there is demand for it.

This has given the pay-TV market a long-overdue shake-up. It means there is less incentive to bid crazy amounts of money for exclusive programmes to lock in subscribers.

Sure, there are limitations. A broadcaster can still bid for exclusive rights and get paid by a rival operator’s subscribers, but it no longer can lock in consumers by making them buy channels they don’t want to watch.

The 40 new channels acquired by SingTel now boosts its number of channels to 111. Among the new packages, there is one for 36 channels for S$26.90 a month. The good news is SingTel will does not charge extra for HD programmes. On StarHub, it costs S$8 for each group of HD programmes.

To be fair, the incumbent, which has been operating in Singapore since 1991, has a bigger lineup of channels. Despite losing the rights to broadcast the Barclays Premier League in 2009, it had not suffered a big loss in customer base.

That’s because it has not been sitting idle. Just this week, it said it is streaming as many as 23 channels on the Net, in a bid to draw tech-savvy users who are not interested in scheduled programming.

For couch potatoes, these changes are a sign of long-overdue competition.

The biggest test for both SingTel and StarHub will probably be when the bidding begins for the next three seasons of Premier League rights. Both will go in the bid knowing that even if they lose, they can still keep their customers as long as their other programmes are great and their service is reliable and convenient to use.

That means a breakdown, like in the last minutes of the last season in May, would be catastrophic for SingTel if it happened again. Viewers can switch sides almost as fast as they switch mobile operators.

The day is still far away when the most popular programmes are all available on both operators so you choose based on the niche programmes on offer or on other factors like customer service. Also, for some reason, SingTel is still allowed to make users sign up for its phone or fibre service before they can view its mio TV channels.

Yet, all things considered, things are not as bad as before. Two years ago, the unhealthy competition here meant that the operators – and indeed the country – was subject to any price that content providers fancied. Viewers here were seen as always willing to pay.

Hopefully, operators here have seen the light and will refrain from the type of ruinous exclusive deals where they pass on unnecessary costs to customers. Similarly, the content industry, which has complained bitterly about the Singapore government’s stance, will see the light too – more customers in this little red dot is ultimately a good thing. 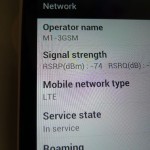 Singapore smartphone users: to 4G or not to 4G?
Next Article 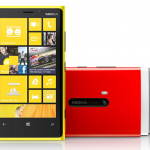