For many cellphone users, news of Nokia’s sale to Microsoft for a rather paltry US$7.2 billion must have come not so much as a shock but a sad, inevitable ending for the once-great Finnish phone maker.

Long synonymous with the modern cellphone, it had been worth US$200 billion at its peak, over a decade ago.

Yet, Nokia has surely come up with phones that greeted many eager hands, or drawn scowls of disbelief over the years. Here are 10 classics that come to mind easily.

Still early days yet for Nokia when this model came into stores in the late 1990s. But unlike Ericsson, the other big Scandinavian phone maker at the time, Nokia’s 3110 came with an extremely easy to use interface.

The NaviKey let people get into many of the features without having a specific key for each one, thus cutting down clutter. It was such “human technology” which would put the Finnish firm ahead of rivals like Ericsson and Motorola, as it rose with the rapid adoption in GSM phones in the years ahead.

Called the banana phone, the 8110i was one of the first models to show the ingenuity that the Finnish firm was capable of in its phone designs. It was very useful too because it curved nicely to the contour of your face when you spoke into the phone.

The nifty slide-out cover dramatically changed the way people looked at a phone, while also protecting against accidental calls at a time when it was still fairly unusual to lock one’s phone screen. Of course, it helped too that this was the phone of choice in the uber cool Matrix movie. Nokia from here on was a step up from its rivals.

While we laugh at Nokia being slow to the smartphone game today, it was actually one of the pioneers in marrying the phone with an early form of the Internet in 1996. With the Nokia 9000 (left), its first Communicator, it allowed users to get their SMSes, e-mails and even faxes.

The design was another first – flip open and you have a longish screen and keyboard; close it, and it was a regular albeit heavy phone at 397g.

By the way, it ran on an operating system called GEOS and had an Intel 386 processor. Yup, it was a mobile computer. The Communicator series was so popular in Indonesia in the 1990s and 2000s, partly as a status symbol, that the joke was that Nokia kept making new Communicators just for that market alone.

Small and beautiful, the 8210 released at the turn of the century reflected what phones were about at the time. It had Nokia’s simple-to-use interface, along with a super-light 79-gram frame that slipped into pockets effortlessly.

The iconic navigation buttons were shaped like a butterfly’s wings, thus this model and a later one, the 8250 with a chic blue backlit screen, were called Butterfly phones. Both were big hits in Singapore and elsewhere. At this point, Nokia was untouchable when it came to design.

The 7110, launched in 1999, was a big leap forward for geeks, not just in its banana phone-like sliding cover, but also the fact that it supported something called WAP or Wireless Application Protocol, the mobile equivalent of HTTP that was used to display webpages. It was among the first phones to show miniaturised versions of webpages of, say, CNN, so mobile users could access information easily for the first time.

The scroll wheel was also a first for Nokia, letting people easily move up and down a page. With a relatively large screen for the day, this was a phone for the geeks and didn’t take off with the masses, who were still gawking at pretty wonders such as the 8210 for the simple task of making calls.

A phone of many firsts for Nokia, the 7650 had the company’s first integrated camera onboard – a modest VGA or 0.3-meg affair. It wasn’t the first such phone in the world, but nonetheless represented a huge shift for the market leader at the time.

The Symbian operating system here was also new, as was the interesting slide-out design. Despite not being a mass seller, the 7650 was yet another phone that pointed clearly to the future, back in 2002. The Nokia N-Gage represented the first time that Nokia hit a major snag as a market leader. The ill-fated portable game console didn’t have the big games and the habit of downloading games was still many years away (3G was really slow then). Few gamers took to the portable device or the followup N-Gage QD, which to be fair, had an interesting design that might be better received today.

Except, of course, in 2003, when this was launched, it was rather strange for a phone. The biggest joke: you had to make calls by placing the edge of the device on your ear. Six years later, Nokia pulled the plug on a hugely expensive and damaging exercise. The market was just not ready.

The 7280, out in 2005, didn’t bring anything new to the table other than its design, which reminded one of a lipstick. Instead of a keyboard, it used a slider and button to navigate, which as you can imagine, was rather difficult to use to type a message.

At best a hit with some fashionistas, the phone hardly pushed Nokia ahead as a technology leader. Other phones in this line, with heavy emphasis on design rather than functionality, showed Nokia’s rather indulgent ways at its peak. Competition was to come from the iPhone just two years later, and the 7280 reflected how little the Finnish giant knew about its impending troubles.

The N93 came out around the same time as the iPhone and was equipped with everything that the folks from Finland would call a “multimedia computer”. It ran on a full-featured Symbian operating system, had a 2.4-inch screen and a great Zeiss lens for its video camera. There was even a miniSD card slot and support for 3G.

In 2007, this rather “fat” phone was the first of several similar models to be pitted later against Apple’s touch-screen wonder. While they did relatively well for people looking for multimedia features in a phone, they were to be overshadowed by the iPhone’s new way of doing things, such as downloadable apps. Nokia has never recovered from that. 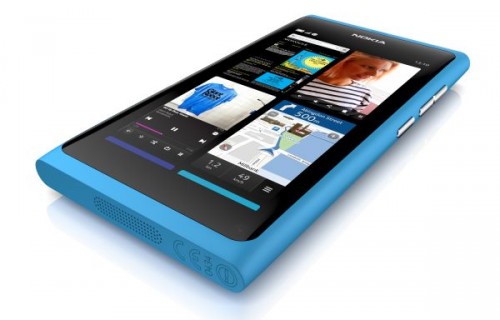 Unveiled in 2011, this is not strictly a classic like the rest here. But having come out after years of stagnation, the N9 shows what’s so sad about Nokia’s demise. Running on MeeGo, a Linux-based operating system, its interface was extremely smooth. The N9, which provided the design DNA for current Nokia Lumias, was also stunning with its “pillow” of a screen.

Could MeeGo have been a stronger alternative to Android if it had come out earlier? There’s no answer to that, as a Stephen Elop-led Nokia swiftly moved on to Windows Phone afterwards. Unfortunately for Nokia, it may even be further away now from its one-time status as king of the cellphone market.

Share with us what’s your most memorable Nokia phone over the years. 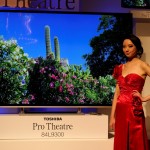