Just like it is in fashion circles, certain technology trends never entirely fade to black, with some even seeing a full-fledged revival.

Take vinyl music records, for example. While digital music streaming services such as Pandora, Spotify and iTunes Radio are now seen as harbingers of the music industry’s future, the appeal of vinyl in all its physical form has been on the rise in recent years.

If sales figures are any indicator, the surge in vinyl sales in Australia, the U.K. and North America over the past few years seems to point to the format’s viability as a music delivery platform once again.

To be honest, vinyl records can hardly be said to have ever gone the way of the Dodo. For one thing, many indie labels have been releasing new albums on vinyl records, even before the start of the so-called ‘vinyl revolution’.

As existing vinyl fans have all the while stuck to the analogue music format, the growth of vinyl sales is likely to have come from post-adopters – music consumers who were born and raised in the digital age – who ‘migrated’ over and embraced vinyl.

But why forgo the convenience of accessing digital music anytime and anywhere on a myriad of devices for an archaic technology that some consider unwieldy, sonically inferior and inherently fussy?

Indeed, when Sony and Philips co-developed the Red Book CD format in 1980 (so named because its technical specifications were outlined in a book with red binding), it was done with the purpose of fixing vinyl’s perceived flaws: pop and clicks, warping, and short playing time.

Curiously, then, one of the most salient arguments raised by some of these post-adopters I have spoken to was in relation to the format’s prowess in sonic reproduction.

I had the opportunity to visit one such friend’s home and we fired up his music playback system that had both analogue and digital sources hooked up.

With our best attempt at minimising the number of variables, we switched back and forth between the same sections of The Raven That Refused to Sing by progressive rock giant Steven Wilson — who is known for his attention towards a recording’s mixing and mastering processes — with the expectation that the digital version would be indistinguishably close to its vinyl counterpart given Wilson’s credentials.

Now is perhaps a good time to declare myself as a fellow post-adopter. By no means, however, do I have golden ears – not even close. And yet there were appreciable differences, with more ‘air’, space, and instrument separation with the vinyl edition, especially during a particularly frenetic segment pierced with a blazing guitar solo that I still remember till now. With both formats juxtaposed, digital music seems technically clearer, but does so by sacrificing a sense of dynamism, of ‘life’.

That said, the sonic appeal of vinyl isn’t the only thing that attracts post adopters. In terms of product tangibility, vinyl trumps every other format out there, especially the streaming services that are dominating the music industry’s landscape.

The sheer size and weight of the entire vinyl package (not to mention those with two or even three records inside) simply means one is able to snag more bang for the buck. Of course, being able to pore over intricate album art details on its 12×12 canvass only comes to further imbue vinyl with the notion of tactility. Now, try doing that with an iTunes gift card.

But there exists a yet more abstract conception of vinyl that I believe captivates us post-adopters, specifically that of slow-paced and deliberate rituality.

In contrast to the speed and convenience of modern music delivery methods, the inherent fussiness of vinyl – the need to clean the record, adjust cartridge angle and so on – demands commitment and involvement. It’s somewhat refreshing, almost as if it were a reaction against the fast-paced lifestyle – a sanctuary, if you will, where a deeper connection with one’s music is established through the tinkering that’s required just to spin the record properly.

I cannot speak for others here, but there is an attraction I feel towards music being an activity in its own right and therefore devoting my attention to it, rather than it functioning as a backdrop and essentially a means to an end, like study music. With vinyl, music is the end.

At the end of the day, however, sound is only one facet that draws individuals to their audio format of choice. And even that is subjective, for perceptions formed from listening, in contrast to those of viewing, are arguably subject to more biases and prejudices, since there is often a lack of sonic reference points that are universally observable.

Even if we may not always agree on vinyl’s audio fidelity vis-à-vis that of digital, there are still many other factors that draw digital natives towards the vinyl format. Those that I mentioned earlier certainly did for me.

That said, these are my opinions as a recent post-adopter of vinyl. If you too have made the jump, I’d love to hear your reasons for doing so. And if you are firmly rooted in the digital end of the spectrum, it will be great to hear yours as well. 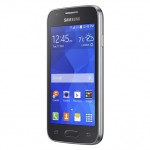 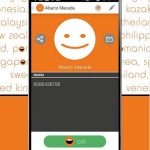 Free calls from Singapore’s Nanu app, but do you mind ads?
6 Comments