Competition looks set to heat up in Singapore’s telecom sector after the government decided on Thursday to give a new entrant an attractive discount for a chunk of the airwaves to launch mobile services.

This fourth telecom operator will also get first dibs at a much-sought after frequency spectrum in the sky that will allow it to deploy services as soon as April 2017.

This will be through auctions to be carried out from the third quarter this year, said the Infocomm Development Authority (IDA) yesterday, in a bold, pro-competition decision. Unsurprisingly, this has drawn cool responses from the three incumbents.

The decision comes months after the regulator had proposed a steep discount to offset the initial costs of setting up a mobile network. The reserve price for the spectrum auction has now been set at S$35 million for the new player. The highest bidder gets parts of the frequency band ranging from 900MHz to 2.3GHz.

The lower frequencies are usually desired because they allow signals to more easily penetrate walls. This means better reception for users and potentially less equipment to set up for a telco.

In the past year, players such as MyRepublic have pitched themselves as the best new challenger to the scene. The current fibre broadband player has run live 4G trials, albeit in a small area in Jurong.

Yesterday, it said it was working with investors to raise S$250 million as part of its bid to enter the market. Among contenders to be the fourth telco, the “purple” operator has been making the most noises in the past year.

The incumbents will be ready for whoever comes into the ring, though. They have had a lot of time to upgrade their networks, sort out their offerings and even begin competing harder for customers.

What they will worry is that the new player will unleash extremely low-cost plans in a rush to convert existing users. Singapore’s cellphone penetration rate is close to 150 per cent – there are no “low hanging fruit” to pluck easily, unlike when M1 or StarHub joined the fray decades ago.

The incumbents will also be upset that the regulator has not just given a discount but also offered a good chunk of the airwaves first to the new entrant.

Their complaints have been brushed aside, they will argue, by the regulator’s over-reaching ambition for more competition. A decision like this will make the playing field lopsided, you can expect them to say.

Yet, if you ask any Singapore consumer if there was enough competition, they would likely say there’s room for another telco.

Many still remember how cozy the telcos were in the past. They could even afford to cut back on users’ data bundles, a far different approach from the flurry of activity in recent months, when the impending arrival of a fourth telco became more real by the day. 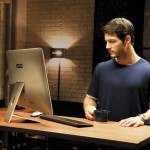 In Singapore now: Asus’ Zen AiO Pro with a 4K screen
Next Article 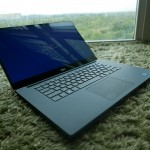