The 5.7-inch LG V20 (S$998) is one of the first smartphones to run the latest Android 7.0 Nougat, while packing wide-angle front and rear cameras, and a pair of Bang & Olufsen (B&O) earbuds to go with its in-built digital audio processor.

The device will be available in Singapore starting November 5 through LG retail stores and telcos. We tried out LG’s new top-end model at a media event this week.

The first thing that struck me when I first saw the device was how thin its borders were. The 5.7-inch screen consumed much of the V20’s front, not a bad thing at all since this made it one of the more compact “phablets” around.

The screen is nice and vibrant in the indoor setting of the event venue, as expected of a flagship. It features a quad HD resolution (2,560 x 1,440).

The 160 x 1,040 secondary Quantum display from the V10 has made its return, offering nifty shortcuts when the phone is in use, while showing the clock and notifications while on standby.

The fingerprint sensor is at the rear of the device, a nice and natural position. For me, the attractive front is somewhat marred by the rubbery, rounded bulge that housed the camera module on its back.

The front is made of a mix of aluminium and silicon, while the rear uses AL6013 metal that is supposedly found in aircraft, sailboats and mountain bike bodies.

At the event, LG went to great lengths to play up (pun intended) the Digital-to-Analog Converter (DAC) inside the V20, which promised to minimise distortion and noise in audio output by up to 50 per cent.

The ESS Sabre ES9218 is a 32-bit Hi-Fi Quad DAC that offers a 75-stage volume and left/right balanced controls, as well as support for lossless audio formats like FLAC, AIFF, DSD, and ALAC.

Unlike many other brands, LG went one step further by including a good pair of earphones to help buyers take advantage of the audio performance.

The B&O PLAY in-ear headphones were specially made and tuned for the V20, and comes together with every purchase of the device.

We tested the Sabre DAC and B&O PLAY on some lossless 32-bit tracks preloaded onto the demonstration units, and came away impressed with the audio range managed by the pairing. I personally enjoyed the clarity and sharpness in the high notes.

To further extend the V20’s audio prowess, LG has included a HD Audio Recorder that promised studio quality recordings with wide dynamic frequencies, picked up by its three microphones.

I am no Jason Mraz so I did not dare belt out a chorus at the event venue, but the demo recording played blended the background track with the vocals that were recorded over it in a nice way. The vocal portion came across as a little soft to me, though.

It also claims to include a hybrid autofocus system that combines laser, phase and contrast detection. The former two are increasingly common in flagship smartphones.

Both sensors let in plenty of light, if less so than the f/1.7 variant on the Samsung Galaxy S7 edge. The few quick pictures I took looked pretty good, but I’d do more tests before drawing a conclusion.

The front camera packs just 5 megapixels and has a f/2.4 aperture, but its 120-degree lens visibly allowed for wider selfies. Its low-light performance should be tested, to see how the camera handles wefies taken at dinners or drinks, for example.

LG also says it has included a Steady Record 2.0 feature to make for less shaky videos. It relies on Qualcomm’s electronic image stabilisation 3.0 technology, which uses the V20’s gyroscope to compensate for hand movements in the recordings.

All the audio features I talked about earlier also helps in the quality of the videos you take. A low-cut filter claims to remove background noise, while a limiter zeroes in on voices the user wants to record.

There is plenty more to explore in the V20, including the stamina of its 3,200mAh battery. We will have more after testing the V20 more extensively. 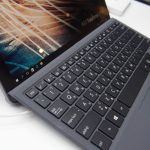 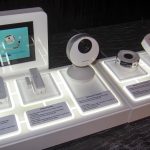