Huawei’s new Mate 9, packed with new tricks and souped-up hardware such as a camera system co-developed with Leica, is a phone that will challenge the best flagships out there this year.

The new phone is also the Chinese company’s undisputed flagship this year. Previously, the Mate 8 had struggled to shine under the shadow of the P9 and P9 Plus, which featured a much-talked about Leica camera system.

Not with the Mate 9. It builds on the previous model and improves things further with impressive new features using the latest Android 7.0 operating system.

The attraction starts from your first impression. The full-metal body, with a 5.9-inch screen and thin bezel, looks sleek and attractive. Flagship quality, you might say.

The Mate 9 now comes with a faster processor in the form of the Octo-core Kirin 960. Even though the Mate series is touted to be business devices, Huawei hasn’t hesitated to pop in a Mali G-71 graphics chip, turning the Mate 9 into a powerful mobile gaming machine.

The speed bump may not be obvious for everyday tasks but will be useful with a heavy duty app such as a video editor. The 4GB RAM and 64GB on board memory storage with the option to extend the storage space via a MicroSD card are certainly welcome as well.

Besides packing in the hardware, Huawei also claims that the phone is optimised to run quick and zippy for as long as 18 months, even as software bugs and bloatware you install get into the system over time.

The phone uses a machine learning algorithm that figures how to prioritise which apps have the necessary resources to run smoothly according to the user usage pattern.

For example, if I am a heavy user of photo editing software such as Snapseed, the phone should be able to ensure that particular app is snappy when in use.

Indeed, photography could be a strong selling point for the Mate 9. Following the P9 and P9 Plus’ excellent camera, Huawei is promising high quality shots again in the Mate 9 with its Leica partnership.

For starters, the new phone is now armed with the dual lens setup co-developed with Leica. I was impressed with the capability of the P9 earlier this year and I’m looking forward to version two of this mobile camera technology.

The Mate 9 now has a better wide aperture effect that creates a smoother transition from sharp areas to a bokeh background, a faster focusing system, optical image stabilisation and a unique solution to digitally zoom into a scene without losing image quality.

Called the Hybrid Zoom, it uses two sensors, a 12-megapixel colour sensor and a 20-megapixel monochrome sensor, to create a digital zoom of a scene. Initial tests images with the sample phone I tried at the show in Munich today seem to hold details really well.

If you are into videos, the Mate 9 is able to record in 4K resolution using the latest H.265 video compression standard. This means your phone doubles up as a high-res recorder on the go.

It helps too that the Mate 9 has a video recording capability that can isolate background noise. During my tests, I noticed that it enables much better audio pickup from the subject in front of the camera, which is useful for video interviews in a noisy environment.

You’ll need lots of juice to power all these features. The Mate 9’s 4,000mAh battery remains the same from the previous model, which is a good thing, considering the Mate 8 had good battery life.

The difference is the inclusion of a 5-amp charger that promises to charge the phone quickly in as little as 20 minutes. For light users, the battery should be able to last two whole days, at least on paper.

The software in the phone is also interesting. If you have multiple Whatsapp and Facebook accounts, you can have two similar messaging apps residing on the phone. That’s handy if you want to keep things separate.

One thing I find strange is that Huawei has kept to a Full HD resolution, at least with the basic Mate 9 model. There’s a Quad HD screen for a more expensive Porsche edition, but why not have that for the regular one as well, to add some shine to an already impressive phone?

Note also that the Porsche version has a curved screen that reminds one of Samsung’s own flagships. The luxury option certainly looks the part, with an all-black shiny body showing off the fast car brand prominently.

It’s not just the looks, either. The specs on the Porsche version are souped up. Besides the sharper screen, it packs 6GB of RAM and a whopping 256GB of storage space. You do get a smaller screen size though, with 5.5 inches instead of the more phablet-like 5.9 inches.

All that class certainly doesn’t come cheap. The posh version will set you back €1,395 (S$2,145), while the plain Jane version costs €699 (S$1,075). The exact price and availability for Singapore will be made known later.

Look out for more on the Mate 9’s camera features soon. 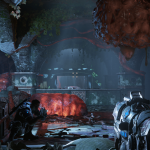 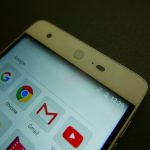 Goondu review: Sharp Z2 is worth a look
Leave a comment