Google Pay users got a major upgrade in Singapore last week, with new “social” features that make it easier to, say, split the cost of a meal with friends through the e-wallet.

The mobile app is now also connected to DBS, OCBC Bank and Standard Chartered Bank via PayNow, a popular fund transfer service here, so these bank customers can send money across to any PayNow user.

Previously, only OCBC Bank customers could use Google Pay to send money via PayNow, so now more users can use the Internet giant’s mobile app to do so.

They can send money to contacts as if they are sending a message to them, as long as they are connected to PayNow as well.

What Google is offering is similar to how existing bank apps and other e-wallets work now, by making it easy to transfer money to people on your phone contact list, without having to ask for their bank account.

So, if you wish to split your lunch bill with your friends, simply go to the Google Pay app and ask them to, erm, pay up, by sending them a request. When they do, you’ll have the amount credited to your account.

Google is also pitching the app as something of an all-in-one offering, which includes payments for things like cinema tickets and food delivery.

Yes, something like what Alipay and WeChat Pay offer in China, which the likes of Grab are trying to emulate as well.

But unlike Grab, Google is not trying to be a bank or seeking a banking licence, so it still requires users to have a bank account or credit card to tie to their Google Pay account.

What it is trying to do is to provide an easier interface, something that many banks struggle with – just look at how clunky your e-banking or e-wallet app is, for example.

Interestingly, Singapore is only the second country – after India – to offer this new version of the Google Pay app.

In its announcement last week, the Internet giant cited the vast adoption of PayNow, with four million people here and nearly three-quarters of all organisations already on it.

What Google would want to avoid is to cause more confusion in a marketplace that is already filled with many payment options, from QR code payments (Google Pay, previously known as Android Pay, also supports that) to mobile e-wallets, which let users not just pay but keep a stored value on hand.

As digital payments become more accepted, all sorts of companies are muscling into the space, from telecom operators such as Singtel to game companies like Razer. What they will all agree on is that user experience will be key.

Trust, as well, of course. On this, Google can count on users who already use so many of its services, from maps to e-mail. The large installed base of Android devices will also help it gain share rapidly. 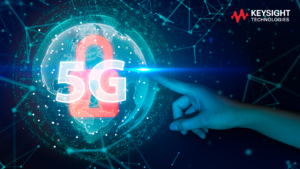