Hit the pause button if you are buying new laptops. Apple has just overhauled its MacBook Pro line, giving it more oomph and more screen real estate. Alas, Apple also added a notch on the screens.

Users can configure the 14-inch and 16-inch MacBook Pros with either the new M1 Pro chip or the M1 Max chip.

The bigger MacBook can get up to 64GB of unified memory – a first for the Mac – and up to 21 hours of battery life. The 14 inch model weighs nearly 1.6kg and the bigger one hits 2.1kg.

The machines sport slimmer bezels than the previous generation but it includes a notch, which houses the webcam. According to Apple, the usable display space wraps the camera, putting a notch – also found in iPhones – at the top of the screen.

It might be a quid pro quo because now with improved resolution, mics and speakers, the laptop will certainly enhance content creation and Zoom and Face Time calls.

Making its return to the MacBooks is the magnetic charging adapter MagSafe 3. I had found the Magsafe useful in an earlier iteration of MacBook Air. My dogs running around me could accidentally yank the cord out without dragging the MacBook to the floor.

The new models are also the first MacBook Pros to support fast-charging. Users upgrading to higher CPU and GPU and higher storage will find the 97W USB-C fast charger included in the price.

Notably, Apple has killed the Touch Bar which I am just getting used to on my year-old 13-inch MacBook Pro. It has been replaced with traditional function keys.

Overall, Apple seems to be differentiating the smaller MacBook Pros. The screen size difference makes selection simpler for users. Users looking for portability can get the MacBook Air or 13-inch Pro, and the 14-inch Pro exists for those looking for more horsepower.

The MacBook Pro overhaul is the first major one Apple did since 2016, the year when the Touch Bar was first introduced. The 14-inch screen also makes its return. It first appeared as the 2005 iBook G4.

For photographers, the best feature of the 14-inch MacBook M1 Pro is the ability to drive two Pro Display XDR screens while the M1 Max version can drive three.

At the Unleashed event, Apple also unveiled the third generation of the AirPods Pro. The new devices look like the AirPods Pro, with a similar case and force sensor controls on the stems.

It now has spatial audio built in. Apple introduced a new “contour design”, and also has “adaptive EQ” to change how users hear sounds based on the conditions in their ear canal. It will be available for order soon at the Apple store. It will cost S$269.

The new model has six hours of listening time on a charge, and up to 30 hours total using the charging case. 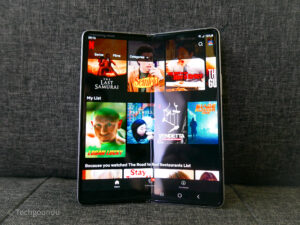