At a time when more people are toting smartphones instead of buying DSLR or mirrorless cameras, it might be a little surprising to read that camera lenses are getting more expensive, in an article on TechRadar.

To be sure, there’s been a perception among enthusiast photographers in Singapore that prices for cameras – and thus their hobby – has been itching up over the years with each new model. Is that true, though?

Take, for example, the entry-level Nikon D600 DSLR which was the first full-frame camera sold to enthusiasts at S$2,999 at launch back in September of 2012. A close equivalent to the Nikon D600 today would be the Nikon Z5 mirrorless camera which at launch cost significantly less at S$1,999.

Even the better performing mid-tier Nikon Z6 II is competitive with the old DSLR. Don’t forget that its current 2022 price of S$3,099 needs to be adjusted for inflation when comparing with the older camera as well.

However, the camera body is just one part of a system and the price should also include the additional lenses that complete the camera. Taking the example of a 24-70mm f2.8 lens, the workhorse for most working professionals, the older Nikon FX Mount DSLR version will cost S$2,809 and the Z Mount one will cost $3,399 at today’s prices.

A quick look at Canon’s EF- and RF-mount lenses with similar zoom range and aperture also shows a similar trend. The EF24-70mm f2.8 II USM will set you back S$3,059 and the RF equivalent is priced at S$3,559.

The trend suggests that camera companies are looking to attract more users to their camera systems with a cheaper body and to recoup their investments in developing the new system through the sale of the more expensive lenses.

This should be enough to maintain the business but the camera market has since shifted. More consumers are relying on their smartphones to take daily snapshots and videos. The smartphone’s ability to share images and videos on social media has also made many compact cameras, the cash cows of these imaging companies, obsolete.

This has added pressure to the bottom line. Olympus, Samsung and Casio have all exited the consumer camera business in recent years.

As the user base of camera systems gets smaller, the economies of scale will shrink further, causing the cost of manufacturing to increase. The current COVID-19 pandemic has also affected the global supply chain and has made it more expensive to buy raw materials.

The logistics nightmare has made it tougher for companies to sell and meet sales targets as more consumers are holding off buying these products until stocks are available again.

Even when you have a great product, getting it to the hands of consumers is a challenge. Stocks for Sony’s popular ZV-E10 APS-C mirrorless camera have been low, for example, and the Japanese company has instead focused on products that have better margins. Think of the recent launch of the Alpha 7 Mark IV.

Owning a camera system will be a lot cheaper if camera companies are willing to share their intellectual property with third-party lens makers like Samyang, Venus Optics, TT Artisans, 7 Artisans, Sigma, Tamron and Tokina that sell more affordable lenses to users.

Even then, the shrinking market has not helped. A rude awakening came recently for many photo buffs when they found that Korea’s Samyang has stopped stocking RF versions of its lenses.

This means fewer brands for Canon cameras owners to choose for when it comes to lenses. And as prices increase now with the manufacturers themselves, surely the demand for these cameras can get further hit as well.

To be sure, more costly Canon and Nikon lenses now will make it tougher for consumers to upgrade their lenses using older mounts to newer systems. If the situation gets worse in the coming months, the user base might shrink even further, adding to the industry’s woes.

The only way forward is to make the camera more appealing and competitive. It may be time for camera makers to adopt computational photography for new camera bodies.

While functions such as HDR and panorama are now available on some cameras, smartphones now come with power chips and software that edit photos on the fly and produce eye-popping images ready to share online.

Cameras still boast better auto-focusing, natural bokeh and more flexible manual settings, so if they can bring onboard some of the computational photography features on smartphones, they can still be a step ahead. That will certainly make it easier for consumers to part with their money.

Hands on: Sony’s high-resolution camera gets an update in the Alpha 7R Mark V 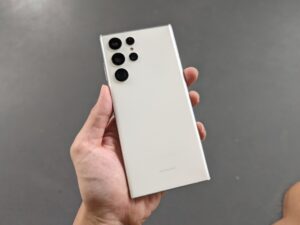 Samsung Galaxy S22 Ultra review: Performance at a cost, for those after the latest and greatest
Next Article 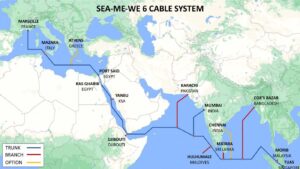