When thin, fragile-looking cables are being laid in thousands of drains, risers and other ducts in Singapore for its fibre broadband network at such pace, you expect the occasional hiccup.

Who would blame Opennet, the contractor laying the cables to 95 per cent of the island, if once in a while a cable or two are not patched correctly?

Certainly, with fibre broadband prices at a low and a variety of options for savvy Net users, Singapore consumers never had it so good before. Intense competition has brought a 100Mbps fibre service to under S$50 and there are now services catering to gamers and video buffs.

Yet, a number of issues with Opennet now threaten to spoil the experience for users. And if not tackled, they could put the brakes on the competition that has benefited the newly-opened up market.

Earlier this year, a resident complained that Opennet had damaged some StarHub cable TV wires and caused him to lose reception to cable TV programmes. StarHub accused the fibre contractor of tampering with its cables, though the case was resolved eventually.

Unfortunately, problems with Opennet’s cable fault are not isolated. I speak from first-hand experience, as I just spent three-plus hours yesterday and today waiting for engineers from M1 and Opennet to trouble-shoot a fault in a new broadband line I had signed up for.

Yesterday, hours after installing a 100Mbps “gamer” plan at my home in the morning, the M1 engineers called up and said their system had raised an alarm – my connection had high data loss. That may explain the rather inconsistent latency I had experienced while playing online games.

The M1 folks came yesterday, and again this morning with a few Opennet contractors, to check the line. After another two hours this morning, they found that a fibre optic cable at the MDF (main distribution frame) room at the foot of the building was at fault. The signal was too high (“-25”) and the Opennet folks had to reconnect the line to bring it down to more regular levels (“-16”).

All in, I wasted a good many hours waiting for the troubleshooting to be done, and the poor M1 guys had made two extra trips – each costing the company money – through no fault of theirs.

Thing is, after all the trouble caused by Opennet, its contractors happily pushed me a service form to complete and left the place without so much as an explanation.

Was it a fault that came with the original laying of the line, I had asked. It’s a “pigtail” connection, the white cable, came the cryptic, non-committal reply from the supervisor representing Opennet. After wasting all our time, the last thing he wanted to give was the reason for the cable fault. He left promptly when I tried to ask more.

Why doesn’t Opennet care? Because I don’t matter. I’m not its customer – I pay M1 my monthly fees – and it is not motivated to get things done or explain things when they don’t work.

Unfortunately, this sours the entire experience for customers. If Opennet cannot get its task of laying the cables right, splicing them and connecting them without error, the entire next-gen broadband doesn’t come to users’ homes.

Yet, it seems to get away with things because it doesn’t lose any revenue from a small cable fault. Whether the line is up or down, it still gets paid to roll out to each home by the Singapore government and collects revenue from telecom operators.

Separated or not?
The problem also calls into question the network separation that the infocomm regulator had set in place to prevent one telco from dominating the market.

Opennet is expected to deal transparently with all telcos. But it is partly owned by SingTel, and by three other companies, and it hires SingTel contractors to lay the cables to homes and offices islandwide.

Are these SingTel contractors then motivated to solve the issues of customers signing up for a rival telco’s services? They are obliged to roll out the fibre as their contracts stipulate, no doubt, but what type of customer service would they extend to consumers in need? I think I got my answer today.

To be sure, the speed with which the rank and file purple-shirted contractors have rolled out the nation’s network has been impressive. But Opennet and SingTel have to be open about this potential conflict of interest and its impact on the broadband experience.

Opennet has rejected recent offers by StarHub and M1 to lay cables to homes to speed up the process. Why does Opennet use only SingTel for this job of connecting homes?

Here is where the government regulator has to step in. If one contractor is not up to job, it should order Opennet to broaden its list of contractors. The Infocomm Development Authority (IDA) is paying Opennet S$750 million to roll out the network, after all.

Recently, IDA pushed the fibre contractor to increase its rollout of fibre to homes, but it should also look at the quality of the wires. It should record the number of cable faults submitted by users and ISPs and determine if SingTel/Opennet is doing a good enough job.

After all, what’s the point of “reaching” a home with fibre, only to spend hours of troubleshooting afterwards on a cable fault? More importantly, what more can IDA do to get Opennet to make sure its cables are laid perfectly the first time?

The problem is not just for new fibre users. Thousands of homes already connected face the same scenario, including the 133,000 active fibre subscribers here now.

That’s because each home actually has two fibre links – the wall socket has two ports – and if you subscribe to a new fibre provider, chances are Opennet has to come again to connect up the second link at your building’s riser and MDF room downstairs. In doing this, it can introduce new cable faults.

Now, what can IDA do to make sure this doesn’t spoil the experience for users? With its mission of hooking up Singapore complete in the next few months, it will have to examine the quality of the rollout. Look hard enough, and it’ll find problems needing urgent action.

By Alfred Siew
Follow:
Alfred is a writer, speaker and media instructor who has covered the telecom, media and technology scene for more than 20 years. Previously the technology correspondent for The Straits Times, he now edits the Techgoondu.com blog and runs his own technology and media consultancy.
Previous Article Diablo 3 initial impressions: Defeated by errors
Next Article 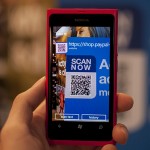 PayPal promises mobile commerce optimisation in under an hour
10 Comments