You can also say that the ship has sailed. Or, as a friend remarked, the chicken cannot now be uncooked.

However you say it, the Singapore competition commission’s intervention this week to call the Grab-Uber merger anti-competitive is a reactive and ultimately futile attempt to change the situation.

By threatening to unwind the merger, should its recommended actions be deemed insufficient, the Competition and Consumer Commission of Singapore (CCCS) is issuing an ultimatum it cannot enforce.

How can it force Uber to reopen its offices here and launch a service to users again? How can it unravel the new Grab, now more powerful than before with only smaller newcomers to the market to challenge its position?

The American company has left, happy that it got a nice return on investment after a bruising fight with its Southeast Asian rival. Its investors, too, are glad they can now concentrate on making money instead of bleeding cash to win over customers.

Grab’s response isn’t surprising, either. It will challenge the commission by bringing up the innovation card that it knows will win supporters in both the government and the public.

It will remind people that it has made it easier to hail a cab today compared to the bad old days before ride-hailing apps.

Even though there are fewer discounts now, it will say that people still get more options in upcoming players like Go-Jek, its only other noteworthy rival from the region.

And Grab will be right – up to a point. The only problem is that there is a realisation now that these much-admired platform companies are not the unblemished solutions to so many of our urban problems today.

This fortnight, there has been another controversy with yet another transport disruptor – oBike. Yes, the company that left Singapore abruptly and left its users seeking millions of dollars in deposits.

The way it left, by closing its app, shuttering its offices suddenly and leaving thousands of bikes strewn all over the island, has angered users here.

There are also questions for the authorities for not acting proactively. Clearly, they have been caught unawares and are now under pressure to act.

If they had looked, the signs were there in China. There, the bike-sharing bubble burst last year and Uber also left after a merger with a local player in 2016. Both have led to the same results we are seeing in Singapore here.

Now, the Singapore authorities have to somehow force oBike to pay up for clearing the bikes while getting it to return users’ deposits.

They have to make a Grab-dominated ride-hailing market more competitive, in the absence of the only real competitor – Uber. Always one step behind, they appear weak and ineffectual.

On Thursday, the Land Transport Authority (LTA) merely said it “supported” the competition commission’s stance. Earlier, it had remarked it was “studying” the merger’s impact, when news first broke in March.

When oBike closed shop, the authority said it was “engaging” oBike on its exit. It also told consumers to go to the consumer watchdog to get their refunds. As it realised that oBike was not going to clear the abandoned bikes by its deadline, it threatened to recover the cost involved to do so itself.

But how do you wave a stick at someone who is not even here in Singapore any more? Why would you issue a threat that you cannot carry out? Exposed and unprepared, the authorities here have been shown up in the fast-moving digital economy.

This should be a lesson for other sectors, where regulators have to balance innovation with societal impact. They have to be hands-on from the start, not after things have got out of their control.

You only have to look at Barcelona to see how Airbnb has pushed up property prices. That has turned locals against a service that once made it affordable to travel and experience a local culture.

For these disruptors, reality has now set in. At least in Singapore, Airbnb is not officially here. Nor is it affecting the already sky-high property prices. We should be so thankful.

Techgoondu Conversations: Getting refunds from oBike and sizing up Singapore’s mobile market
Next Article 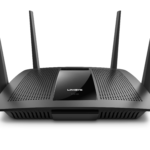