Seated at home with Netflix on the telly and a phone that brings food and grocery to the doorstep, you might be hard pressed to explain the anxiety that surrounds the idea of digital disruption in 2019.

Offering conveniences in an instant, an on-demand economy promises to make optimal use of resources, from teenagers with free time on their e-scooters to car owners willing to pick up strangers on a ride home.

Problem is, so much has unravelled in 2018 that the new year promises to take the polish off new technology transformations even more. What’s underneath the paint, we might not like.

With car rides, Uber’s exit in Southeast Asia in 2018 has left consumers and drivers with fewer options. The good deals were never meant to last, people finally realised.

This was not so much a new sharing economy but good, old-fashioned capitalism. Or rather, a plain attempt at market domination.

Then there are the societal effects that such on-demand services bring, from abandoned bikes from oBike’s abrupt exit from Singapore last year to the accidents involving e-scooter riders rushing to deliveries.

These issues are but symptoms of a deeper malaise that creates a sense of helplessness, detachment and anomie among many people who increasingly view technology with distrust. And we are not talking about neo-Luddites here.

After a year when cyber security concerns hit home with the SingHealth hack, it is natural that users are wary when asked to place their trust on digital identities, even with a government they trust.

What is, though, is the lack of more effective defences against such attacks even as people are increasingly placing more of their ID card numbers, photos and money online.

In other words, the bad guys seem to be winning. They are making a living by robbing banks yet we are still being told to place our money in the banks.

Perhaps that’s still safer than keeping money in biscuit tins, but surely the banks – data banks, in our case – have to be more secure. They can start by streamlining their IT operations to be less complex and easier to administer.

Cyber security is also the reason for a major technology cold war that is breaking out in full now. In 2018, the revelations of Russian meddling with social media networks to help elect Donald Trump more deeply divided the world along the lines of friend or foe.

The arrest of top Huawei Technologies executive Meng Wanzhou in December further inflamed a trade war between the United States and China, even dragging Canada into the dispute.

Unite us, the Internet did in the 1990s but expect these links to come apart fast as we come to the close of the 2010s.

Already, the deepening distrust is leading to a Balkanisation of the technology sector. Huawei is finding it hard to sell its phones and telecom equipment in the US, while Russian cyber security firm Kaspersky Lab is banned from providing software to US government agencies.

Could this in turn result in three separate Internets, each operated by blocs of nations? Don’t bet against it in the years ahead, as a wintry chill sets in among rival nations in 2019.

None of these outcomes were expected in past decades, when geeks came up with PCs in the 1980s, dot.coms in the late 1990s, social media in the 2000s and the sharing economy in the early 2010s.

Back then, technology was seen as an enabler, a force of good for social change. That idea is no longer met with uncritical acceptance.

Consider China. The Internet was supposed to make nations more open, but instead it has failed to overcome censorship. Worse, it may enable a surveillance state, where citizens can be assigned a social credit score for public behaviour.

In recent years, corporations have taken advantage of unsuspecting users as well. With private data lost or misused, as in Facebook’s case in 2018, users are finding it hard to trust the companies they once considered the gold standard in liberal ideals such as openness.

Yes, there have been important wins, too. Blockchain, that public ledger technology that lets different people confirm anything from money transfers to title deeds, has the potential to build trust. It is overshadowed, however, by much of what has happened in 2018.

Thus today’s technology industry invites deep distrust, even as it attracts more users all the time and has become an indispensable part of everyday life.

And we have not started talking about artificial intelligence (AI), viewed both with awe and derision, as a harbinger of a new industrial revolution or a destroyer of jobs.

If the past two years were trial runs, AI is set to make a significantly deeper impact in 2019, with machine learning maturing to the point that humans are no longer needed to teach a machine.

In other words, the machine is teaching itself much better than a human programmer can. That contradicts the idea that humans can simply upgrade their skills to do “higher level” jobs.

Sure, in the late 1800s, some horse carriage drivers turned in their old vehicles to learn to drive motor cars. Nobody knows if “drivers” are still needed in the new economy with AI in charge.

Without a clear view of the future, it will be no surprise to find an unsettling sense of alienation and doubt accompanying many of the disruptions in 2019. There is little that most users can do, bar a drastic change of behaviour.

Delete your Facebook account? Okay, but what about the GPS guidance you need from Google to get to the mall? Or will you order online from Amazon instead? 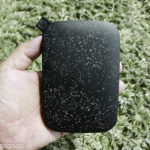 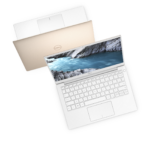