On another day, the possible entrance of a new 5G operator in Singapore would have been big news, as it would signal increased competition in a nascent mobile technology that promises not just faster speeds but also all sorts of new uses such as autonomous cars and smart sensors.

What would also make headlines are better 5G coverage and improved speeds, as the government carved out chunks of the airwaves last week for telecom operators here to run their new networks.

Yet, there seemed to be a collective shrug of indifference, at least going by the scant news coverage of the results of a frequency spectrum auction last Friday. Perhaps the emergence of the Omicron variant killed any other headlines.

That said, it should be good news to consumers and businesses that TPG Telecom, which missed out on its last bid to get into the 5G game last year, now has a path to be the third 5G player here.

The newest telecom operator in the country won 10MHz of the 2.1GHz frequency spectrum last week from the government regulator to deploy its 5G services.

In return, it has to cover half of the country with 5G signals within two years and extend that to the entire place in five years. This is the same condition for the other two existing 5G players, though they have had a headstart.

Last Friday, Singtel and an M1-StarHub consortium also won more of the frequency spectrum – 25MHz each – to add to the existing resources they have had since 2020 to deploy their 5G services.

Already showing off use cases for their networks this year, the two players will be able to enhance their coverage and improve services with the additional spectrum.

They should be ready to cover half the island by the end of 2022, and the entire country by end-2025, as mandated by the regulator.

The big question from last week is whether TPG will now be able to get in among its rivals with a path towards the future.

Its prospects looked dimmed last year when it lost out on a 5G licence and appeared to be stuck with its 4G network, which is hard to monetise given the fierce competition and low prices today.

That said, it would not be easy for TPG to ramp up to 5G so quickly, despite expectations.

Years after it gained entrance to the market, it still faces issues with its current 4G coverage. Now, it has to get up to speed with a new network quickly, which is not just costly to build but also different from the earlier setup.

Then it will face fierce competition from rivals that have had an almost two-year head start. They would have gleaned precious knowledge from their rollouts.

This includes knowing how to get the best coverage with the least cost and making sure the network works optimally for low-latency applications such as autonomous cars or smart factories, which are being tested across the island already.

To be sure, if TPG does eventually get up to speed with its network and competes effectively, both consumers and businesses will benefit from an additional option for 5G services. 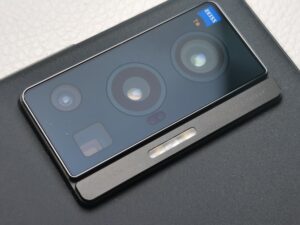